Editor's Note: Because bookish leggings and tights are never out of style, we're bringing back this post. Originally posted on 10/21/2015.

“It’s better to be happy in leggings than sad in jeans.” – the Tumblr community

It’s a basic fact of life that tights and leggings are better than any other pant, because what other pant cradles your legs in soft, warm fabric that makes you feel fashionable AND like you’re leaving the house in pajamas? We rest our case.

But what’s cooler than legs encased in coziness? Legs encased in bookish coziness. We’ve rounded up some awesome pieces so you can stylishly rock the map of Westeros on your booty, if you’re so inclined.

Winter is coming, so keep your legs toasty with this map of Westeros from BlackMilk Clothing. We recommend tracing your fingers to each of the locations shown in the Game of Thrones opener. If you aren’t humming the theme song while doing so, reevaluate and begin again.

Or kick back like Daenerys in these dragon egg leggings, which come in both red and green.

TightsShop on Etsy makes printed tights with quotes from Edgar Allan Poe, Alice in Wonderland, and more that will look killer snaking down your calf. Our favorite? These Marry Poppins-inspired supercalifragilisticexpialidocious ones.

What if instead of actual shelves, your legs were the shelves? RainbowRules on Etsy lets this fantasy become reality with leggings that sport brightly colored books.

And these Bookworm leggings from Redbubble are swoon-worthy. We spot some Bukowski and Nabakov.

Probably the coolest thing you can do to your legs is to put comics on them. Check out this pair from LolliCouture.

French literary leggings from Exaltation? Yes, so much yes.

BlackMilk Clothing does it again with Marauder’s Map leggings and news from the Daily Prophet.

To get a pair of Daily Prophet tights with a little added flair, try this pair from willowandwither on Etsy!

Jane Austen quotes. Emily Dickinson poems. ColineDesign on Etsy also allows you to personalize your tights with any text you want.

Because I could not stop for Death, he kindly gave me these leggings.

We have our eye of Sauron on this map of Middle Earth by BlackMilk Clothing.

If you’re looking to go into fight some Orcs, these sword leggings by Souvrin will keep you battle ready.

Who needs leg day when you can have legging day – all day, every day? 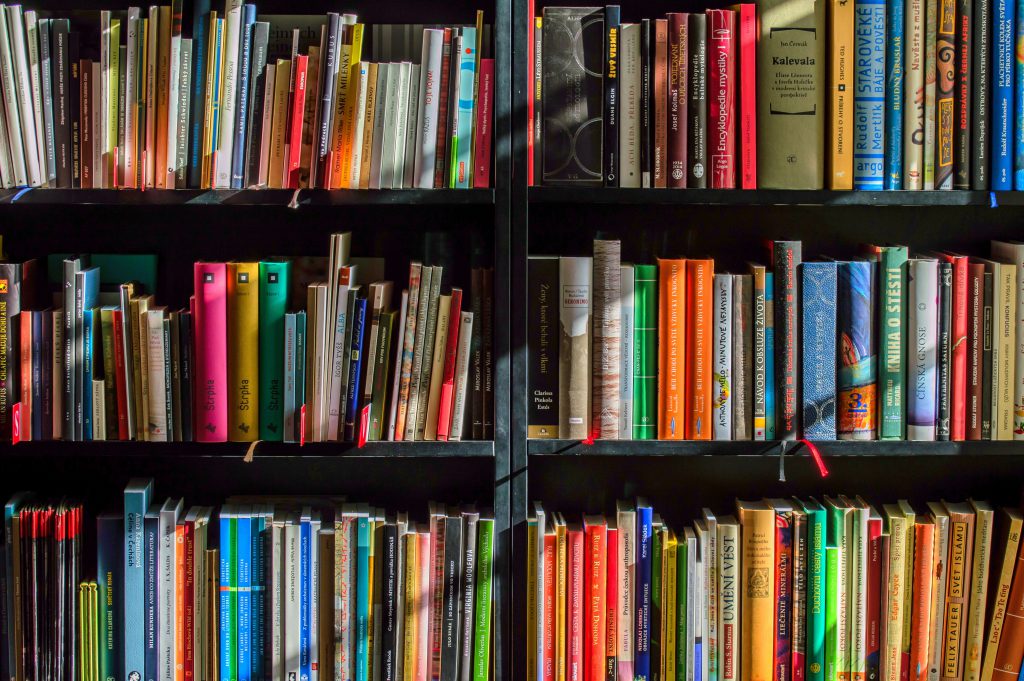 Blog
How to Throw a Virtual Bookish Party
We use cookies on our website to personalize your experience, to conduct analytics, and to provide targeted online advertising. For more information and to opt-out of cookies, please see our Privacy Policy. By clicking “Accept All”, you consent to the use of ALL the cookies. However, you may visit "Cookie Settings" to provide a controlled consent.
Cookie SettingsAccept All
Manage consent