Book Club for the Cast of Black-ish ABC’s Black-ish is not only funny and perfectly cast with very talented actors—it also manages smart social commentary. Between the great chemistry amongst the actors, the awesome Halloween episodes, Bow and Dre always managing to out-ridiculous each other, and Diane’s amazing comedic timing, we are so glad our wait is finally over. Season 3 premiered yesterday on the heels of its Emmy nominations, and with plenty of material from the Presidential election, so we’re ready for this season! We’re so ready that in our excitement we created a Black-ish Book Club.

Dr. Rainbow “Bow” Johnson knows she’s going to write a memoir one day—between being a successful doctor and raising 4 children (well, five if you count Dre) and having to live with her mother-in-law she’s going to have a hell of a life story to tell—so she’s alternating between reading memoirs as a bit of research and reading books she’d read for book club. If she had time for a book club. Currently she’s reading Black Man in a White Coat by Damon Tweedy and How to Party with an Infant by Kaui Hart Hemmings.

Andre “Dre” Johnson saw the title of Jerald Walker’s memoir, The World in Flames: A Black Boyhood in a White Supremacist Doomsday Cult, and shouted What?! He’s since been stopping everyone at work and home to read them bits from the book. Pops is now officially hiding from Dre.

Zoey Johnson was thrilled to discover Pheobe Robinson (who’s 2 Dope Queens podcast with Jessica Williams is one of her favorites) has a book coming out. She was not thrilled to see You Can't Touch My Hair: And Other Things I Still Have to Explain doesn’t publish until October. But always-determined Zoey found a way to get her father to call in a favor at work and get her an advanced copy. She’s now alternating between reading the book and making a list of makeup and other things she’s going to make Dre get her through his connections at work.

Jr. Johnson let out a high-pitched squeal upon discovering that Ta-Nehisi Coates’ created a new era for Black Panther. Jr. had planned on reading Shonda Rhymes’ Year of Yes, but this will have to be the year of you’re on hold while Jr. binges some comics.

Diane Johnson is currently obsessed with Rachel Ignotofsky’s Women in Science: 50 Fearless Pioneers Who Changed the World. So much so that the school librarian explained she couldn’t keep checking the book out without giving other kids a chance to read it. Diane’s going to have to buy a copy—and by buy a copy she means work one of her family members into buying it for her. Now as for that school librarian with the rules…

Andre keeps suggesting Jack read Calvin and Hobbes but Jack doesn’t fully trust a tiger wouldn’t accidentally get hungry one day and eat him. Instead, he’s selected Phoebe and Her Unicorn because with a unicorn he imagines he could keep a nice stack of donuts at all times on its horn and he’s pretty sure it would have to grant him wishes, which he’s all for. He keeps a list of wishes in his pocket to ensure he’s prepared in case the opportunity ever presents itself. He will not be the kid who blows his chance with a genie or unicorn because he got too excited and forgot what to wish for. 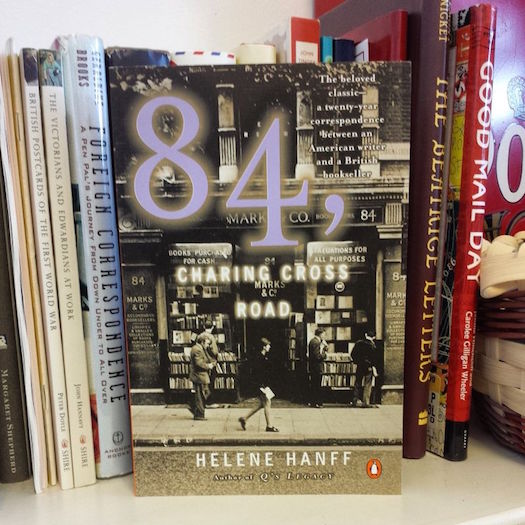