Our Favorite Magical Pets in Literature

These aren't your average puppies and kittens, no, here are six of the best, most magical animal friends a kid could ask for. And I hope you all appreciate the supreme effort I’m making not to populate this list entirely with unicorns.

Everyone in Old Possum’s Book of Practical Cats

As campy and glittery as the musical Cats, the T.S. Eliot book of poems this book was based on had its fair share of magic and mystery. Whether it was the swashbuckling Growltiger or the endlessly wise Old Deuteronomy, the heroic, day-saving Rumpus Cat, or Mr. Mistoffelees (“the original conjuring cat”) the book is full of fanciful felines for whom I would absolutely build a cat door. And let’s not forget the Mystery Cat, the Hidden Paw, the Napoleon of Crime, the one and only Macavity. Any cat who can constantly baffle Scotland Yard is definitely magical. 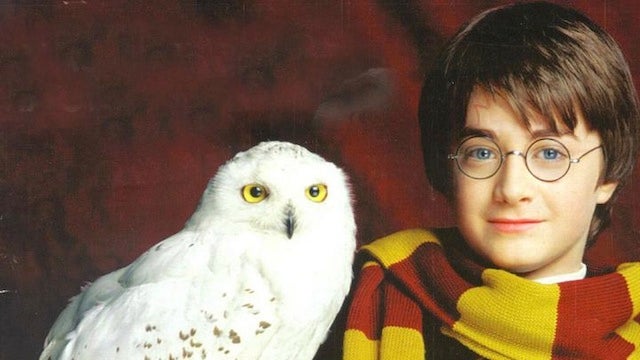 Steadfast, brave, and not above pecking the odd finger for an owl treat, Hedwig was one of Harry’s first and truest friends, which only made her (SPOILER…BUT REALLY IT’S BEEN SEVEN YEARS) eventual demise all the more heartbreaking.

With her beautiful white plumage and her preening attitude that couldn’t be beat, Hedwig was truly the queen of the owlery; a superstar snowy among the hum drum barns and greys. Even when delivering slanderous newspapers or smoking hot howlers, Hedwig always had time to offer some comfort and take a quick sip of pumpkin juice. 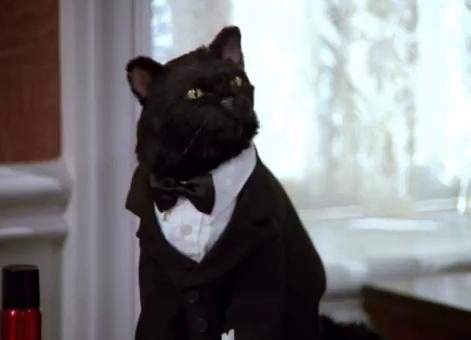 We all loved that flea-bitten, Nick Backay-voiced puppet in the live action series, but the original comic book Salem was a cat above the rest. Always getting Sabrina into trouble, Salem was simultaneously a snuggly furball and a dirtbag uncle, and somehow managed to make it all work.

And let’s be honest, when it comes to cats, those long looks and swishy tales already telegraph a devil-on-your-shoulder attitude, so why not take it a step further and make the witch’s familiar a felonious feline with erstwhile plans for world domination? 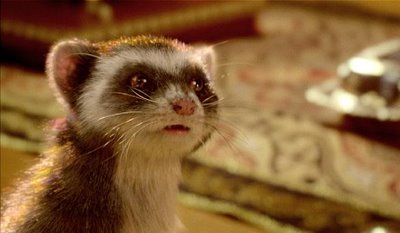 Though we first meet Pantalaimon as a brown moth, he soon becomes a cat, a dragon, and a mouse. That’s because Pantalaimon is so much more than a pet, he’s a shape shifting part of protagonist Lyra’s soul. Let me repeat that: SHAPE SHIFTING PART OF HER SOUL. Throughout the series, Pan acts as a calm counterpoint to Lyra’s impulsiveness, and though the shapeshifting is common during youth, he’s unusually creative in his transformations, a trait he maintains even after choosing his final form, a red pine marten. Pan is the staunch companion we all wish we had.

Reepicheep, The Chronicles of Narnia

A little mouse with a huge attitude, Reepicheep exemplified honor, bravery, and courtly manners. Despite his diminutive size, the talking mouse proved invaluable in Prince Caspian’s efforts to overthrow his evil uncle Miraz, and his courage was beyond compare, even as he finally set sail in his little coracle toward Aslan’s Country, never to be seen again. Though some might not think of rodents as ideal pets, the appeal of a refined little animal all decked out in a golden circlet with accompanying red plume is undeniable and, style aside, Reepicheep, with his unflagging loyalty, was definitely someone you wanted on your side.

Amidst his sweeping epics, it’s easy to forget that J.R.R. Tolkien could tell a quiet, restrained story, but nowhere is that more evident than in Roverandom, a tale of a little lost toy dog who ends up on some pretty big adventures. Originally a story told to cheer up Tolkien’s son Michael after the loss of a beloved plaything, the novella traces Rover’s journey up to the moon and down to the deep ocean. Cursed into his toy form by a cantankerous wizard, Rover is renamed Roverandom by the Moon Dog and the Sea Dog, both of whom are older and therefore feel they have a greater claim to the name. Eventually the pup is restored both to his original form and to his little boy, content to spend the rest of his days adventure-free.

How about you? What paranormal Pekinese or mystical Maine Coon made your youthful heart flutter? Let us know on Twitter at @QuirkBooks!