Guess Who: The Literary Villains Edition Does this person wear glasses? Have they scared the bejesus out of you? Do they think they’re funny? Do they have a hook?

You remember the game Guess Who?—the two-person game where you try and guess who the other player is by asking “yes" and “no" questions. Kind of like Battleship but instead of picking coordinates to sink your opponent’s ship you’re guessing what they look like to reveal who they are. We decided to not only put a bookish twist on it, but we also made it evil! And now, we're proud to present GUESS WHO?: Literary Villain Edition.

And it’s dripping in evil…

The 101 Dalmatians by Dodie Smith: Even toddlers know Cruella de Vil’s heart is black—I mean who looks at puppies and thinks Ooh coat!

The Count of Monte Cristo by Alexandre Dumas: Imagine being framed for treason because someone is jealous of you AND THEN when you’re locked up that someone marries your fiancé. That’s pure evil. And that evil is named Fernand Mondego

Dracula by Bram Stoker: This is not your Angel with a soul vampire— Dracula wants your blood and he’s going to kill you for it.

Harry Potter series by J.K. Rowling: Even if we didn’t think being in love with evil was in itself somewhat villainous, torture and MURDER certainly is. Good job, Bellatrix Lestrange, you're a terrible person.

IT by Stephen King: Pennywise has scared generations out of seeing even friendly party clowns as anything but evil.

The Wonderful Wizard of Oz by L. Frank Baum: Who tries to kill a little girl and her friends? A villainous witch with Wicked in their name, that’s who.

Batman by Bill Finger: Just because the Joker finds his own jokes amusing—and is a villain we love to hate—doesn’t make him any less evil.

The Master and Margarita by Mikhail Bulgakov: A demonic cat partial to beheadings—need we say more?

Titus Andronicus by Shakespeare: Aaron takes pleasure in his evil deeds to the point of only repenting if he’s ever had a good act. He wins the Villain Award.

On Stranger Tides by Tim Powers: When the book summary describes Blackbeard as “savage, ghost-infested pirate king” you know you’re in for an evil villain.

The Three Musketeers by Alexandre Dumas: Messing with the Queen because she long ago rejected him lands Cardinal Richelieu on villain-who-should-have-seen-a-therapist list.

Saga by Brian K. Vaughan & Fiona Staples: Being a feline lie detector doesn’t in itself make Lying Cat a villain but he’s working with The Will to kill Hazel’s parents and capture her so…

Saga by Brian K. Vaughan & Fiona Staples: Ditto for Gwendolyn who has the added element of being the ex-fiance of the man she’s helping The Will hunt down to kill.

Interview with the Vampire by Anne Rice: I think we’ve established vampires without a soul are evil just for the whole we’ll kill you for your blood thing. Add selfish and cruel and you have Lestat de Lioncourt.

Treasure Island by Robert Louis Stevenson: Long John Silver is the complex pirate most likely responsible for us imagining pirates to have a peg leg and a parrot.

The Witches by Roald Dahl: The Grand High Witch is about as evil as you can get considering she hates children to the point of wanting them dead–or turned into mice.

The Three Musketeers by Alexandre Dumas: Don’t be fooled by her beauty, Milady is not only responsible for more than a few dead bodies but even priests aren’t safe around her.

The Memoirs of Sherlock Holmes by Arthur Conan Doyle: Professor James Moriarty is an antagonist great enough to match wits with Sherlock and such a perfect villain that he has been reimagined countless times since his creation.

Professor Gargoyle by Charles Gilman: Professor Gargoyle is a middle school teacher so villainous that the lenticular book cover is him changing from his nice, innocent looking teacher photo to his evil monster version.

Sailor Moon by Naoko Takeuchi: Mix together some more unrequited love and being corrupted by the evil Queen Metaria and you have the creation of the villain Queen Beryl.

The Girl with the Dragon Tattoo by Stieg Larsson: Nils Bjurman is pure evil in every sense. Even worse, and truly frightening, his actual job is being a guardian.

Now have fun playing this set of Guess Who! We can imagine the questions now: "Does your character worship evil? Did Tim Curry portray him onscreen once?" 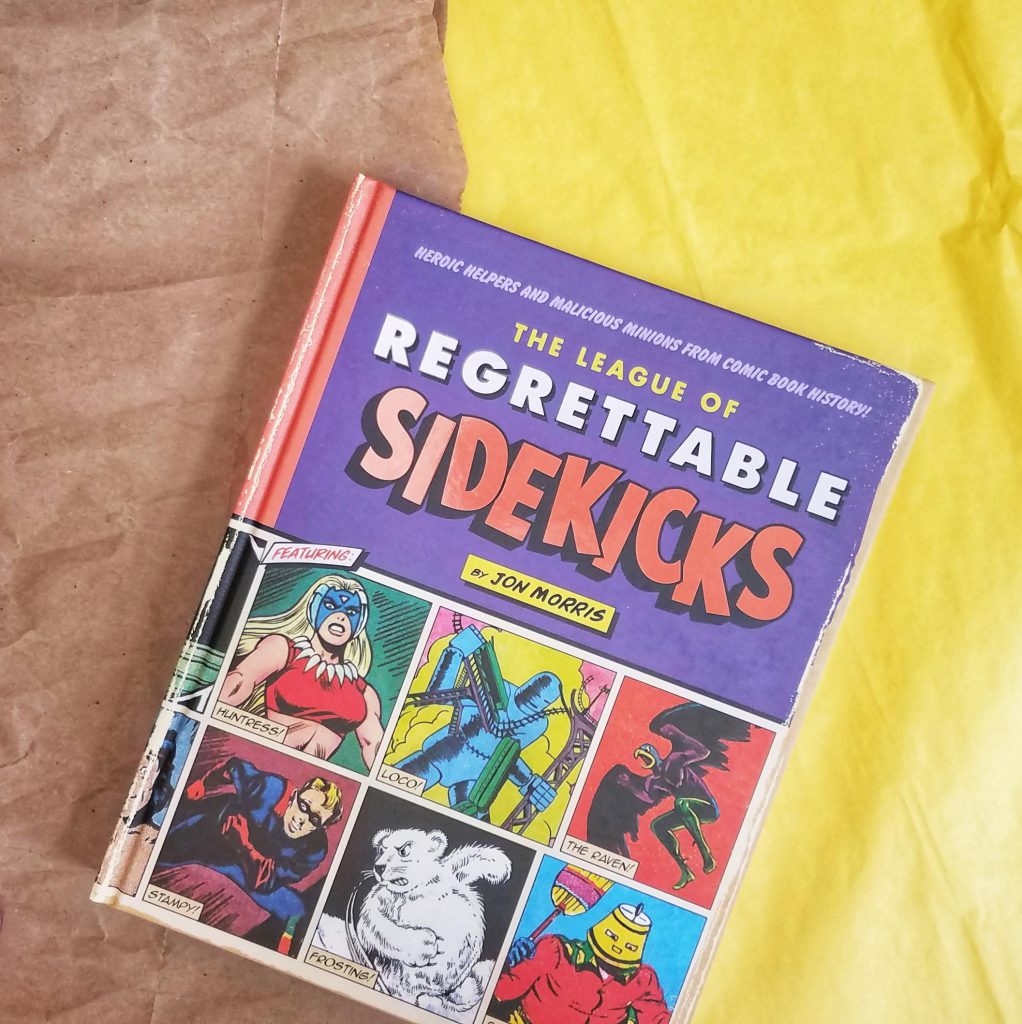 Blog
Least Threatening Villains in Lit and Pop Culture
We use cookies on our website to personalize your experience, to conduct analytics, and to provide targeted online advertising. For more information and to opt-out of cookies, please see our Privacy Policy. By clicking “Accept All”, you consent to the use of ALL the cookies. However, you may visit "Cookie Settings" to provide a controlled consent.
Cookie SettingsAccept All
Manage consent