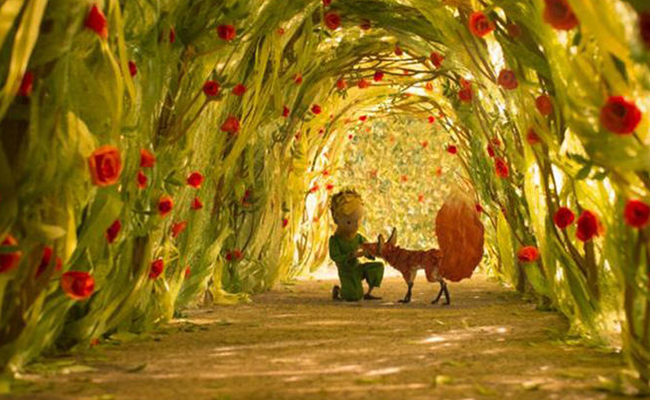 Inspired by the fox in The Little Prince, we’re taking a look at our favorite vulpine creatures in literature.

Besides the fox in Aesop’s Fables, this fox is about as OG as you can get.  Chauntecleer, a vain rooster, has a disturbing dream about his fox. His wife foolishly dismisses it as nothing, but it turns out that medieval roosters do in fact have prophetic dreams. Chauntecleer runs into the fox and falls for the fox’s wily ways. The fox asks the rooster to show him how to crow, something Chauntecleer was proud of (apparently he was the Beyoncé of the barn). As he does, the fox grabs him by his outstretched neck, causing everyone else on the farm to chase after him. Fortunately, Chauntecleer beats the fox at his own game by telling him to taunt those who chase him, causing him to release Chauntecleer. The takeaway is supposed to be not to indulge in vanity, but it has just made us distrustful of animals.

Fox in Socks by Dr. Seuss

While foxes seem to be on tons of socks these days, this book describes a fox in socks (a non-descript blue, in case you were wondering). This fox thinks he is clever by presenting annoying tongue-twisters to the beleaguered Knox.  Eventually, Knox gets so frustrated with the tongue-twister game that he drops the mic. Life lesson, kids: puzzles aren’t that fun. Stick with your videogames.

While we love the Wes Andersen film, nothing beats Mr. Fox in his children’s book form (sorry, George Clooney). Mr. Fox, besides being fantastic, steals food from three terrible farmers. He is pretty clever to pull off his heists, and he is generous enough to share with his friends. We have to say we would gladly be neighbors with this fox. That is, if we were anthropomorphic animals (not farmers, obviously).

The Magicians by Lev Grossman

We have to say, Lev Grossman, when foxes get involved in your novels, weird things happen.  When the students get transformed into Arctic foxes, Quentin and Alice finally form a romantic relationship. Don’t even get us started on the disturbing fox in the sequel, The Magician King. Can’t you leave foxes well enough alone, Mr. Grossman?