True Tales of Childhood from Inventors and Trailblazers
By Allison Steinfeld , Robin Stevenson Throughout history people have experimented, invented, and created new ways of doing things. Kid Innovators tells the stories of a diverse group of brilliant thinkers in fields like technology, education, business, science, art, and entertainment, reminding us that every innovator started out as a kid. Florence Nightingale rescued baby mice. Alan Turing was a daydreamer with terrible handwriting. And Alvin Ailey felt like a failure at sports.

“These reads aren’t just educational, they’re inspiring – they remind us all that we’re never too young to start dreaming! Plus – they’re a great resource for school projects!”—YAYOMG.com

“In accessible but never patronizing prose, Stevenson sketches the stories of her subjects’ childhoods, deftly setting the scene for each one and providing informative details, engaging quotes, and sometimes humorous anecdotes.”—Mombian

Allison Steinfeld obtained a BFA from the School of Visual Arts in New York City. She loves to create fun and playful work that can be enjoyed by readers of all ages. She lives in North Carolina.

Robin Stevenson is an award-winning author of over 20 books for kids and teens. Her writing has been translated into several languages, published in more than 10 countries, and nominated for many awards. Her YA novel A Thousand Shades of Blue was a finalist for Canada’s top literary honor, the Governor General’s Award. Her YA nonfiction book Pride was a Stonewall Honor book and selected to ALA’s Rainbow List. She lives with her partner in Victoria, British Colombia, with their son, dog, and cat. 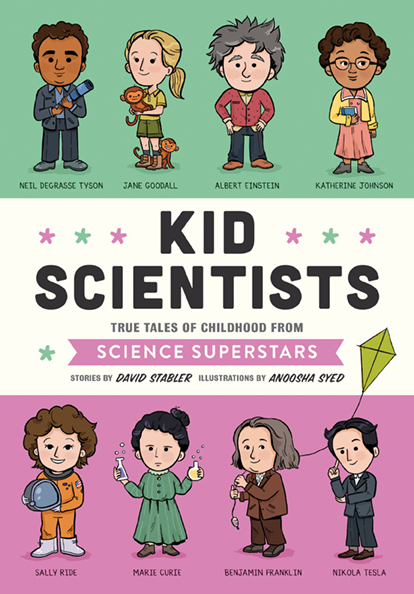