Every great scientist started out as a kid. Before their experiments, inventions, and discoveries that changed the world, the world's most celebrated scientists had regular-kid problems just like you. Stephen Hawking hated school, and preferred to spend his free time building model airplanes, inventing board games, and even building his own computer. Jane Goodall got in trouble for bringing worms and snails into her house. And Neil deGrasse Tyson had to start a dog-walking business to save up money to buy a telescope.

“For your budding astrophysicist, inventor, doctor, environmentalist, or mathematician, Kid Scientists will open her eyes with mini-bios of interesting and accomplished people.”— Terri Schlichenmeyer, The Bookworm Sez

“This book is a great way to encourage kids who already love science to pursue their interests as well as to show kids who are not motivated by traditional schooling that there are many paths to greatness.”—American Scientist Magazine

“Most children should enjoy reading it, without noticing how much they are learning, as they internalize the idea that they, too, can grow up to be scientists.”—Science

“Portraits of 16 bright lights in the scientific firmament, with particular focus on some of their lesser-known quirks and achievements…Worthy role models all.”—Kirkus Reviews

“A funny and inspiring book for children and adults.”—New York Journal of Books

“Kid Scientists is filled with cute illustrations. . . [and] mini-biographies that are interesting, funny, and, most importantly, relevant to kids today.”—Geek Dad

David Stabler is the kid-friendly alter ego of Robert Schnakenberg, the author of several books of pop history including Secret Lives of Great Authors, Secret Lives of the Supreme Court, and Distory: A Treasury of Historical Insults. 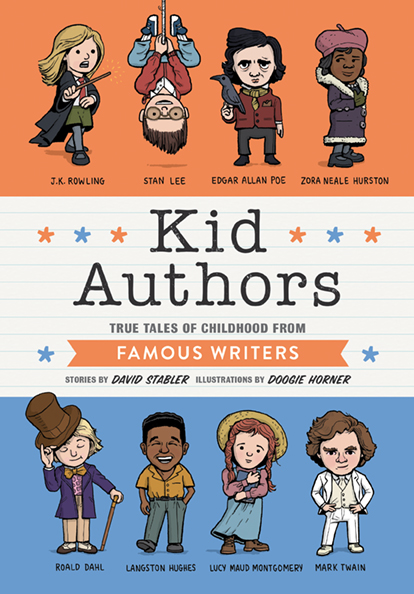