A Playlist for Jane Eyre

Jane Eyre has not had the easiest life. She may not be a great beauty, but she possesses brains, dignity, passion, and a strong desire for independence. Her sense of honor and justice prevails as she faces numerous hardships, from being orphaned and enduring cruelty from her aunt, to being sent away to a brutal boarding school, to falling in love with a man who (spoiler alert) has an insane wife locked away in his mansion. Jane’s playlist is one that reflects the strong but dreamy spirit of Brontë’s heroine.

Jane does not live in a society that encourages female independence, but that doesn’t stop her from seeking it. Whether via escaping the abuses of her aunt or boarding school, she always seeks a way to assert her autonomy. Poe’s song lists a series of grievances at being neglected and mistreated, but triumphs with the announcement that all the while, “I was taking control.”

Living in a time where females are expected to be obedient, Jane exhibits a rebellious streak and isn’t afraid to speak up when she feels she’s being diminished because of her gender or class. This boldness is what makes her stand out to Rochester and forms a kinship between them.

While Jane is fierce and headstrong, she has a softer, passionate side as well. Apart from its title, this song also aptly reflects her at her most wistful.

The lyrics, in which a woman questions whether her paramour is suitable, certainly resonate with Jane. The title is a callback to a story in which a wife must avoid a room in a castle that reveals her husband’s dark deeds, so this one might be more painful to listen to after she discovers the crazy wife Rochester has been hiding away.

“Are you the right man for me?
Are you safe? Are you my friend?
Or are you toxic for me?
Will you mistreat me
Or betray all my confidence?”

This remix of Nina Simone’s song of adoration and longing is one Ms. Eyre is drawn to, especially after her strong principles cause her to leave Rochester despite being in love with him.

“Oh I love my lover
And well he knows
Yes, I love the ground on where he goes
And still I hope
That the time will come
When he and I will be as one”

“This is Heaven to Me” – Billie Holiday

Jane would’ve appreciated the soul and strife running through the songs of Billie Holiday. Both are women who did things their way, despite judgment or social expectations.

The irony of this one, considering Jane ends up caring for Rochester after he goes blind in a fire, is fully intentional. However it works on a sincere level, too, because Rochester recognizes something special in our heroine that nobody else does, which draws her back to him after she initially leaves him.

This trip-hop tune initially seems sad and defeated, but builds up into a sweeping and hopeful love song, which is an apt metaphor for the romance that develops and endures between Jane and Rochester.

“From this time, unchained
We're all looking at a different picture
Through this new frame of mind
A thousand flowers could bloom
Move over, and give us some room”

Below is the full playlist, and let us know on Twitter @QuirkBooks if you have any song to add! 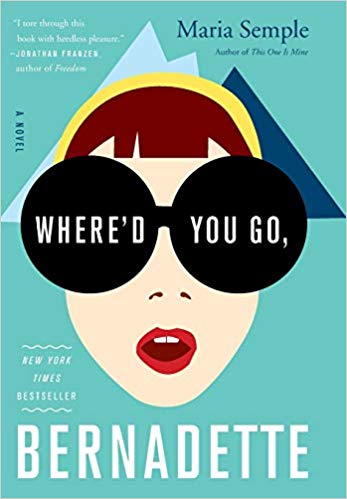 Blog
Belle Vs Jane: Which Princess Takes The Right Approach To Reading?
We use cookies on our website to personalize your experience, to conduct analytics, and to provide targeted online advertising. For more information and to opt-out of cookies, please see our Privacy Policy. By clicking “Accept All”, you consent to the use of ALL the cookies. However, you may visit "Cookie Settings" to provide a controlled consent.
Cookie SettingsAccept All
Manage consent