On August 12, 30 B.C.E., Cleopatra VII Philopater died in what we now call Egypt. You might be familiar with Cleopatra because of her renowned wit and intelligence, her beauty, and the way she died. When her enemy Octavian won the Battle of Actium, Cleopatra killed herself in the most metal way possible by inducing an asp (a highly poisonous snake) to bite her.

Since her death 2,047 years ago, Cleopatra’s remained one of the biggest cultural touchstones of Egypt. She’s appeared in all kinds of media, from books to plays to video games. There’s something about her story that still fascinates – in a time when women rarely occupied positions of true power and rebellion simmered across the Roman empire, Cleopatra held onto the Egyptian throne for 21 years.

Game of Thrones has nothing on this boss-ass queen, so let’s take a look at some of her most beloved and unconventional appearances in literature.

In Tales of Suspense, a Marvel comic penned by Stan Lee in 1963, Cleopatra teams up with none other than Iron Man. Tony Stark has been forced to travel 2,000 years back in time by King Hatap, one of Cleopatra’s (fictional) enemies. At Cleopatra’s behest, Stark leads an army of Egyptian soldiers into battle and defeats Hatap. By this point, Stark and Cleopatra have developed the hots for each other, and Cleopatra asks him to stay in her time. But Stark says no – he has problems to deal with in present day.

Cleopatra’s depiction is very, uh, 60s: she’s an exotic siren who quickly becomes a damsel in distress, a situation Tony Stark jumps at the chance to remedy. But can you imagine Iron Man and Cleopatra trading witty banter in a modern-day Avengers movie?

We can but dream…

If you grew up in the 2000s, you probably read The Royal Diaries books. After all, they made famous princesses seem accessible, they had dope gold-edged pages, and there were a squillion of them. Young Cleopatra got her own book, of course, and that’s where many of us got to know this formidable queen.

It’s 57 B.C.E., and 12-year-old Cleopatra has to keep her wits about her when her power-hungry older sister, Tryphaena, becomes queen of Egypt. In time-honored Ptolemy family tradition, Tryphaena murdered and backstabbed her way to the throne, and she knows Cleopatra’s watching. Will Tryphaena do her resourceful little sister in? (Spoiler alert: no.)

Royal Diaries-style Cleopatra deals with many major problems of puberty (crushes! Dealing with your appearance! Hating your siblings! Family road trips!)… it’s just that the stakes in her situation couldn’t be higher. That contrast between the familiar and the unfamiliar is what makes Cleopatra from The Royal Diaries a compelling character that we love revisiting years after the book was published.

Cleopatra’s historically-documented adventures were fascinating, but plenty of historians and biographers manage to make her sound dull anyway. Not Stacy Schiff, author of top-notch biography Cleopatra: A Life. If you’re looking for facts spiced up by fluid writing and strong pacing, this is the book for you.

Cleopatra didn’t leave a single primary source – unlike today’s politicians, she never wrote a memoir or even a speech, at least not one that survived on paper. Biographers have a hard time separating fact from fiction because Cleopatra became a legend even during her own lifetime. But Cleopatra did much more than spring out of an unfurled carpet to try to impress Julius Caesar, or dissolve a pearl in vinegar to win a bet with Mark Antony.

What Schiff tries to do is portray Cleopatra, the whole woman, not just Cleopatra, the icon. You’ll learn about the fraught politics of her childhood, her relationships with her four children, and her killer wit (Schiff calls her “saucy”). Cleopatra: A Life is the detailed portrait the most famous queen of Egypt has always deserved.

This is the series you didn’t know you needed in your life until you saw the title. 15-year-old Cleopatra is trying to escape her algebra lesson (which we can’t blame her for) when she discovers a tablet that zaps her far into the future and to a galaxy far, far away. No, this isn’t reverse Star Wars. It’s Cleopatra in Space, a series of graphic novels for middle-grade readers.

When Cleopatra shows up on the planet of Mayet, where prophecies have foretold a heroine who will defeat great evil, she realizes that she’s the heroine. Then she’s whisked away to the Mayet academy to prepare for her role in taking down the dictator Xaius Octavian. Not only does Cleopatra get to show off her famous wit in these books, she also trains as a fierce warrior. She also bonds with a futuristic talking cat, makes new friends, and learns how to shoot a ray gun.

If you love the historical Cleopatra but wish she’d been able to kick butt physically as well as politically, these are the books for you. Also, there’s no bitten-by-an-asp business here – Cleopatra In Space has a much happier ending.

You didn’t think we were going to leave out this Shakespearean epic, did you? After all, we owe our cultural obsession with Cleopatra to the Bard himself. He’s the one who immortalized her in these famous lines:

Her infinite variety: other women cloy

The appetites they feed: but she makes hungry

Where most she satisfies; for vilest things

Become themselves in her…”

In these lines, Enobarbus declares that Cleopatra is a woman outside custom and time. Her sexual allure — what we might call her x-factor — overcomes everyone around her.

Yeah, Shakespeare’s portrayal of Cleopatra has plenty of issues. Her character swings from violently moody to shrill to seductive within a single scene, and all the other characters constantly talk about how sexy she is. But it’s this play that dramatized her death scene, in which she puts on her royal robe and crown before the asp bites her. When the Romans find her body, she looks regal even in death.

If you like reading or watching plays, you’ll find Antony and Cleopatra to be a tragic account of a woman who clawed her way to the top despite all the men who tried to keep her down.

Did we miss your favorite Cleopatra? Let us know in the comments! 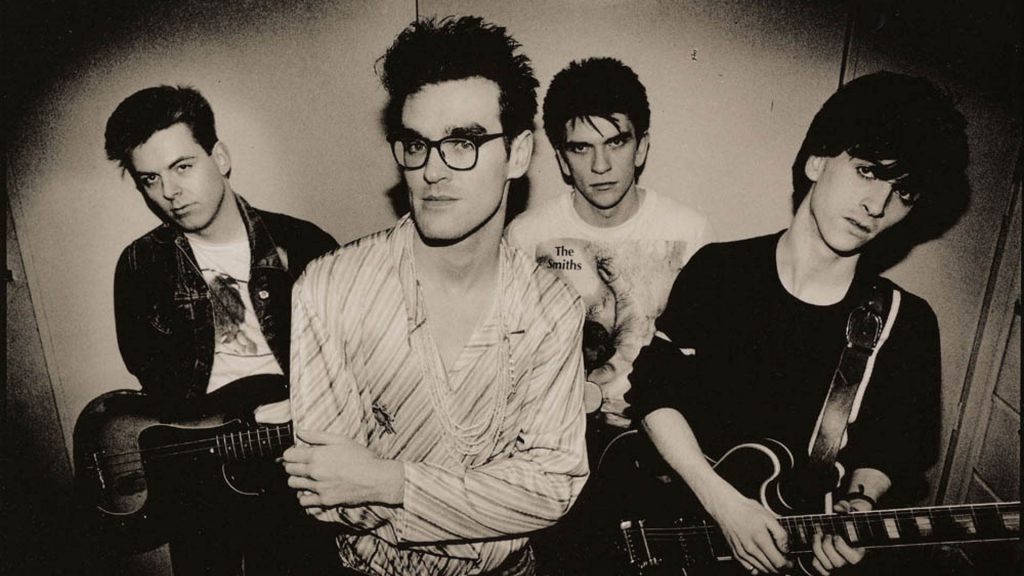 Blog
The Best Literary References in The Smiths’ Lyrics
We use cookies on our website to personalize your experience, to conduct analytics, and to provide targeted online advertising. For more information and to opt-out of cookies, please see our Privacy Policy. By clicking “Accept All”, you consent to the use of ALL the cookies. However, you may visit "Cookie Settings" to provide a controlled consent.
Cookie SettingsAccept All
Manage consent