The Ultimate League of Lady Superheroes

We've been rounding up our favorite fictional squads this past month in honor of Women's History Month, and you know we couldn't pass up the opportunity to pull together a dream league of extraordinary lady superheroes. (Bonus points for all of them coming from different comic book imprints too!)

Every team needs a bruiser someone who can both take the hits and dish them out. The new Thor has proven on multiple occasions that she is the real deal. Dr. Jane Foster was never a slouch to begin with, but once she harnessed the power of the might Mjolnir she became a force to be reckoned with. Not only is she a fighter, she has made the hammer of Thor even more active and powerful than ever before.

Magic can often be a problem when dealing with issues of a massive team. It is always a good idea to have someone versed in the mystic arts at your side. Coming from a line of powerful magicians, Zatanna is often called upon by the Justice League when things get a little too weird for them to handle by standard means. She would be a great member of the team with her abilities to cast spells simply by speaking words backward.

Every team needs a spy, right? Well, Josie Schuller could possibly be the best comics spy ever. Spending most of her days in the guise of a housewife, Josie can always be depended on to take out her target. This creation from the minds of Joelle Jones and Jamie Rich is a tough lady who doesn’t take any crap from anyone. As for her position, the end of her first comic adventure indicated heavily that she is now a free contractor.

Faith was awkward at first. Sort of clumsy and off-kilter, but once she got a hold of her powers and become the hero Zephyr, she solidified her awesomeness. Zephyr would fill in that missing gap in the team for a flying member. A team almost always needs eyes in the sky and even though Thor can fly, she would likely be far too busy throwing her hammer to do all of the recon Zephyr would be responsible for.

Know your enemy is one of the basic tenants of battle. While this is a good piece of advice, Judge Anderson would be able to take it to its extreme. As a psychic, Anderson knows more about her enemies than almost all heroes. She can even go so far as to insert thoughts into the minds of the people she is fighting.

Phoebe is yet another powerhouse like Thor. Though not a bruiser, Phoebe is adept with using guns. She's unassuming, and would be able to slide in almost anywhere completely unnoticed. The important thing to remember about her is that when guns fail her, she is able to bring the phoenix tattoo on her chest to life and let it do the dirty work for her.

Forever “Eve” Carlyle is her family’s protector, a special type of soldier known as a Lazarus. Eve is an unstoppable fighting machine. Her genetic modifications allow her to get up from any injury. Even being shot through the skull will not stop her. This means that even if the rest of the team has gone down, Forever will be constantly fighting. Blog
Superheroes We Wish Were in the Arrow-verse 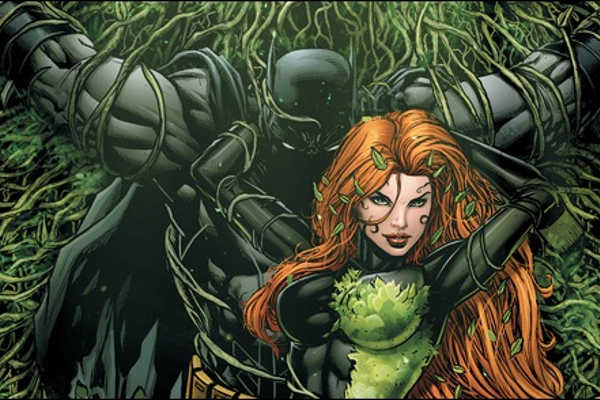 Blog
The League of the Coolest Female Villains

Blog
Four Regrettable Superheroes Who Are the Oddest of the Odd
We use cookies on our website to personalize your experience, to conduct analytics, and to provide targeted online advertising. For more information and to opt-out of cookies, please see our Privacy Policy. By clicking “Accept All”, you consent to the use of ALL the cookies. However, you may visit "Cookie Settings" to provide a controlled consent.
Cookie SettingsAccept All
Manage consent