Netflix’s Chilling Adventures of Sabrina is out now and we couldn’t be more excited. Seeing Sabrina Spellman back in the spotlight is giving us serious late 90s vibes. (Remember when The WB was a thing?) And while Kiernan Shipka is exactly who we would cast in a remake of this cult classic, a small part of us is going to miss Melissa Joan Hart — specifically her face on the cover of every single Sabrina the Teenage Witch book.

Hang on, you didn’t know there were books? The '90s was filled with mass produced paperback series aimed at teenage readers. (You’ve read our book Paperback Crush, right?) Today, we’re digging back into this wildly entertaining series, ranking our favorites and giving some serious side eye to some of the more ridiculous plot points. 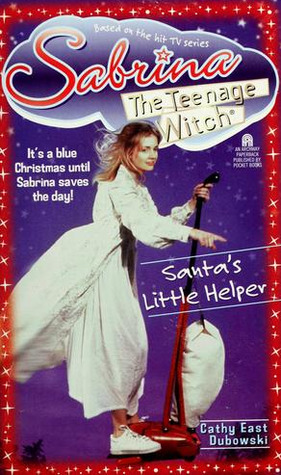 Despite the title, this is not a book where Sabrina pairs up with Santa Claus to give everyone the best and most high jinks-filled holiday season ever. Instead, Sabrina spends the majority of this book sulking about Christmas, despite having two rad aunts who are trying to lift her spirits with magic! Harvey, Sabrina’s on again off again boyfriend, is being too secretive for her taste, so she gives him what she thinks is the best Christmas present ever: Elvis’ voice. Well, that totally backfires because it turns Harvey into a total chick magnet. And as though that wasn’t already too much drama for December, Santa and his presents go missing — oh no! — and it’s somehow up to Sabrina to save Christmas. We’re ranking this fifth on our list for it’s utter lack of Christmas cheer, despite staying true to the spirit of the original television show. 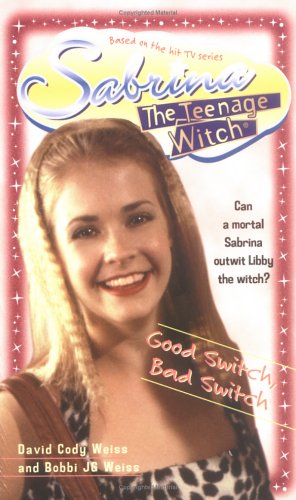 If you’re hoping this is a Freaky Friday-inspired book, you’ll (sadly) be very disappointed. Rather than switching places with one of her aunts for the day, Sabrina comes down with a rare case of spellfluenza, a nasty virus that causes her to transfer her powers to the person nearest to her every time she sneezes. And at first it’s not a huge deal. She’s sneezing in pairs, so the first sneeze takes her powers away and the next one transfers her powers right back to their rightful owner. But when her mortal enemy Libby Chessler suddenly comes down with powers, there’s no telling what she’ll do. We’re ranking this as number four on our list because it has a single conflict, but not enough back story on why Libby and Sabrina hate each other. 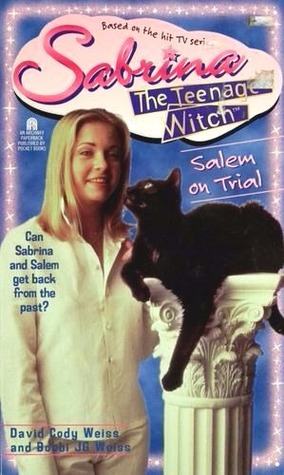 If you’re hoping for a late '90s retelling of the Salem Witch Trials, you wouldn’t be too far off. In Salem on Trial, Sabrina and her trusty talking cat Salem go back in time to colonial Westbridge. And let us be the first to tell you that the tri-corner hat did not make a come back. On her time travels, Sabrina meets Harvey and Libby’s colonial doppelgangers: Harvard and Libbeth. And then — you guessed it! — Sabrina and Salem are accused of witchcraft and sentenced to death. We’re ranking this as number three on our list for it’s creative exploration of history. Where it loses points with us is in its predictability — both in plot and doppelganger naming. 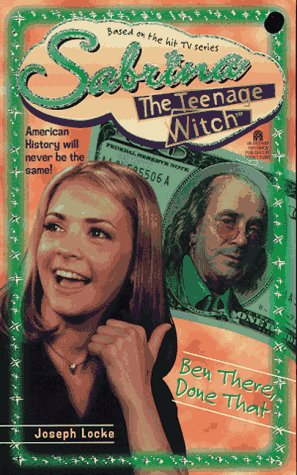 2. Ben There, Done That (Sabrina the Teenage Witch #6)

While we were secretly hoping that this would be the book where Sabrina finally dumped Harvey and started dating a young man named Ben, it’s not. Instead, Ben There, Done That centers on Aunt Hilda’s hiccups and their potentially life-altering consequences. Aunt Hilda’s powers are all over the place and she end up hiccuping Sabrina’s history textbook right into the hands of the founding fathers. (Though, if we had magical powers, one of the first things we would do is get rid of hiccups entirely.) We’re ranking this as number two on our list because the high jinks involve a book (yes, please) and because we like imagining the founding fathers Hamilton-style. 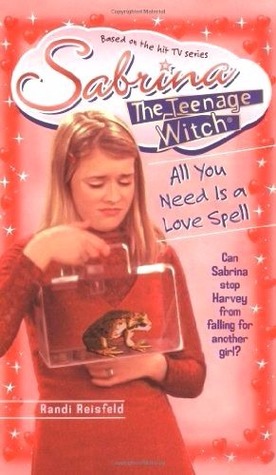 1. All You Need Is a Love Spell (Sabrina the Teenage Witch #7)

We’re not even going to let you imagine what this book is about because it’s just that good. Sabrina can’t figure out what’s going on at school; it feels like everyone’s been hit by a (super effective) love spell. All of her classmates are in love with the completely wrong person for them. Libby’s falling head over heels for the nerdiest guy in school and Harvey — her Harvey! — is pining for someone else. Harvey’s only supposed to pine after Sabrina, you guys. And then Quentin, who’s described on the book jacked as “that Greek god of an exchange student” starts flirting with Sabrina. And even though he’s described as a literal Greek god, Sabrina can’t quite put her finger on what’s going on. We’re ranking this as number one because it’s quintessentially Sabrina the Teenage Witch — quirky, over the top, and high school high stakes. Blog
Sabrina’s Library: Books to Help Our Favorite Witch Take on the Forces of Hell
We use cookies on our website to personalize your experience, to conduct analytics, and to provide targeted online advertising. For more information and to opt-out of cookies, please see our Privacy Policy. By clicking “Accept All”, you consent to the use of ALL the cookies. However, you may visit "Cookie Settings" to provide a controlled consent.
Cookie SettingsAccept All
Manage consent