On the Spiral Staircase with Moneka Hewlett 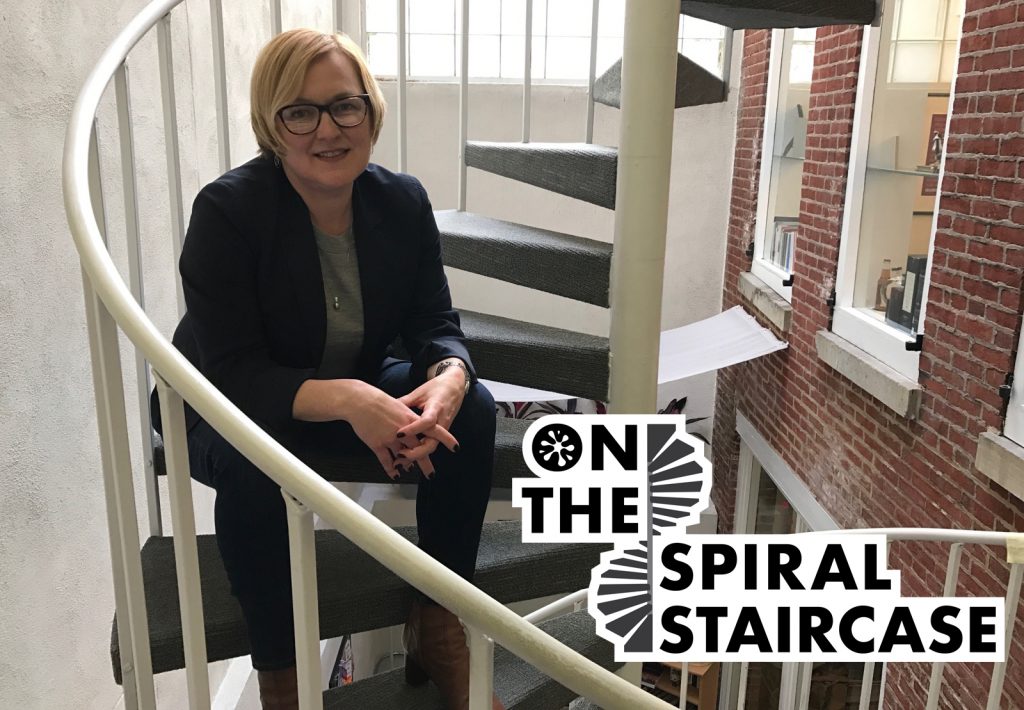 Moneka Hewlett is the Vice President of Sales at Quirk. This week she’s killing it overseas at London Book Fair, and we’re here to highlight her awesomeness.

Let's see how she answers our five questions!

Something long, and something I haven’t read before. Current tome-like contenders that are on my bookshelf waiting to be read are 1Q84 by Haruki Murakami or the Steve Jobs biography by Walter Isaacson. I think I’d go with the latter, it might help me build my Martian empire.

Everyone knows about the Philadelphia cheesesteak, but when I moved to Philadelphia from the West Coast I did not know about Philadelphia soft pretzels. They are everywhere and they are amazing. I’m obsessed with them and their iconography, and I have a collection of pretzel items in my office to prove it.

Well, books generally, but if I had to pick a fandom within that universe, it would be manga. Particularly the lesser-known works that deserve more attention. Among my favorites: Monster by Naoki Urasawa, Tekkon Kinkreet by Taiyo Matsumoto, and Oishinbo by Tetsu Kariya.

I can now craft with cat hair. When we were launching our book Crafting with Cat Hair some of the Quirk staff, and their cats, were featured on an Animal Planet show called Must Love Cats. I made a lovely felted portrait piece—from cat hair—for the segment.

I would aspire to be Wonder Women. The stories of the women included in this book are amazing; the fact that these stories weren’t told, credited, or applauded as they happened is maddening, and I’m incredibly inspired by these women who nevertheless persevered to be significant contributors in their fields.

Additionally, the level of inclusiveness Sam Maggs brings to this book is meaningful and important to me. I value that women from multiple backgrounds, ethnicities, races, and gender identities have their stories told here.

As a bonus, we're giving away five copies of Wonder Women by Sam Maggs. Enter to win using the form below! Winner will be chosen on 4/3/17.

Because it's Women's History Month, Wonder Women is also one of the books on our Goodreads Giveaways list. Try your hand by entering to win!