Literary References of Gilmore Girls: A Year in the Life: Summer 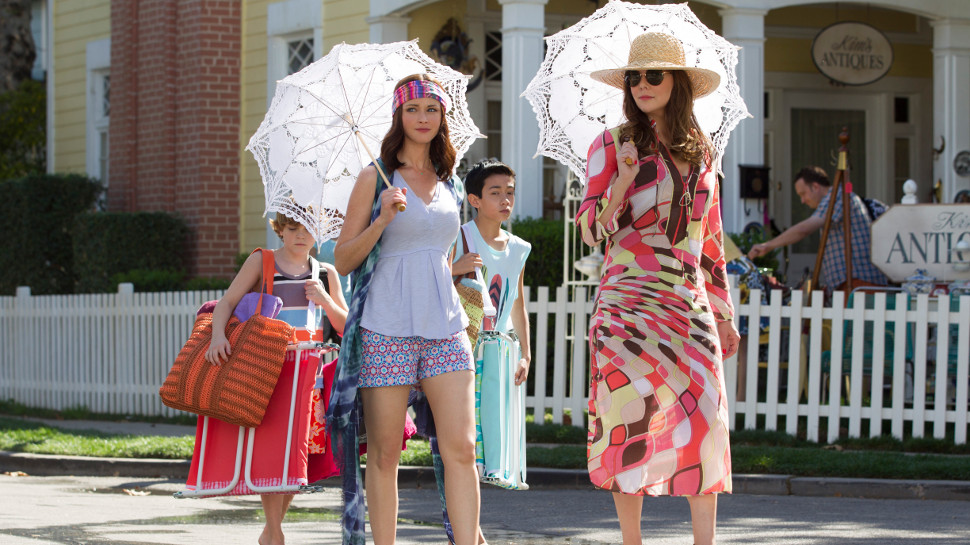 Like most of you, we’ve been marathoning episodes of Gilmore Girls: A Year in the Life. After nearly a decade away from Rory Gilmore and her voracious reading habits, we were eager to catch up with the residents of Stars Hollow and the books they’ve been devouring.

Mild spoilers ahead! Haven’t finished the series? Head over to Luke’s Diner and stream the rest of the show. We hear he’s giving out his wifi password now.

In a move that will affect the trajectory of the rest of the season, Lorelai picks up Cheryl Strayed’s Wild to read by the pool. Lorelai was never much of a reader in past seasons, so we’re thrilled that she’s opting to go the book route when it comes to the consumption of Strayed’s gorgeous memoir about hiking the Pacific Crest Trail. And even that debate – book vs. movie – will make its way into this series.

While her mother is engrossed in Wild, Rory opts for something heavier to read by the pool. (Of course.) Anna Karenina is an 860-page epic the explores the life of Princess Anna Karenina and the high-society scandal that results when she begins an affair with St. Petersburg cavalry officer Count Vronsky. It’s wonderful to see this book in Rory’s hands again, especially considering the intense devotion she expressed for this book in the first season of Gilmore Girls. Dean didn’t feel the same way, calling Anna Karenina depressing. And while he does have a point, we can’t help but wonder all those years later if that was the beginning of the end for Rory and Dean.

Luke’s daughter April stops by the Gilmore home for dinner on what feels like a rare moment of free time. Between a rigorous course load at MIT, her activism for legal marijuana, and a summer trip to Germany, it’s a wonder she even has the time. But chatting with Rory, Lorelai, and Luke over food and wine, April feels like a part of the family. It’s as though she never left. And in true too-smart-for-her-own-good fashion, April name drops Noam Chomsky, saying the two of them have chatted in the halls of MIT. We’re sure she’s read everything he’s ever written and then some.

On their second trip to the pool, Rory and Lorelai seem to have hired neighborhood kids to stand over them with parasols. Rory’s young gentleman Brandon has taken to responding “Yes, Khaleesi” to her every whim, referring to Daenerys Targaryen, Queen of Meereen, from George R. R. Martin’s Game of Thrones series. If it were us, we’d ask Brandon to call us “Mother of Dragons.” There’s a wonderful ring to that.

When Rory checks in with Jess Mariano at the Stars Hollow Gazette, he reports that the small press he founded is doing well. We’re thrilled that Jess still works in publishing and is making a career for himself, but Rory can’t help but poke fun at his success. “You’ve got Dave Eggers shaking in his boots?” she asks, referring to McSweeney’s, the independent publishing company Eggers founded and continues to run. “If Dave Eggers even knows we exist, I’ll be happy,” Jess responds.

I Feel Bad About My Neck by Nora Ephron

In possibly the greatest literary burn in history, Rory questions the work ethic of her Stars Hollow Gazette staffer Ethel by summoning the late great Nora Ephron. “I don’t want to say you’ve been filing that one piece of paper for a long time,” she muses, “but when you started Nora Ephron felt good about her neck.” Which begs the question: does Ethel write anything for the Gazette or is Rory the paper’s sole journalist?

When Lorelai volunteers to serve on the advisory committee for Stars Hollow: The Musical, her reaction to the play’s dress rehearsal is almost as entertaining as the musical itself. And boy does she have notes. Clipboards and clipboards of notes. When it becomes clear that Taylor Doose is more interested in praise than criticism, Lorelai brings up the gritty misogynistic start to the whole show – raising a valid point that the scene doesn’t fit in tonally with the rest of the musical. Well it turns out that scene is an except from a play Taylor wrote in college, one that received mentorship from Edward Albee himself. You’ll have to watch the show to see exactly what that mentorship entailed, but suffice it to say it was in true Taylor Doose style. Blog
The Many (Many) Literary References of Gilmore Girls: A Year in the Life 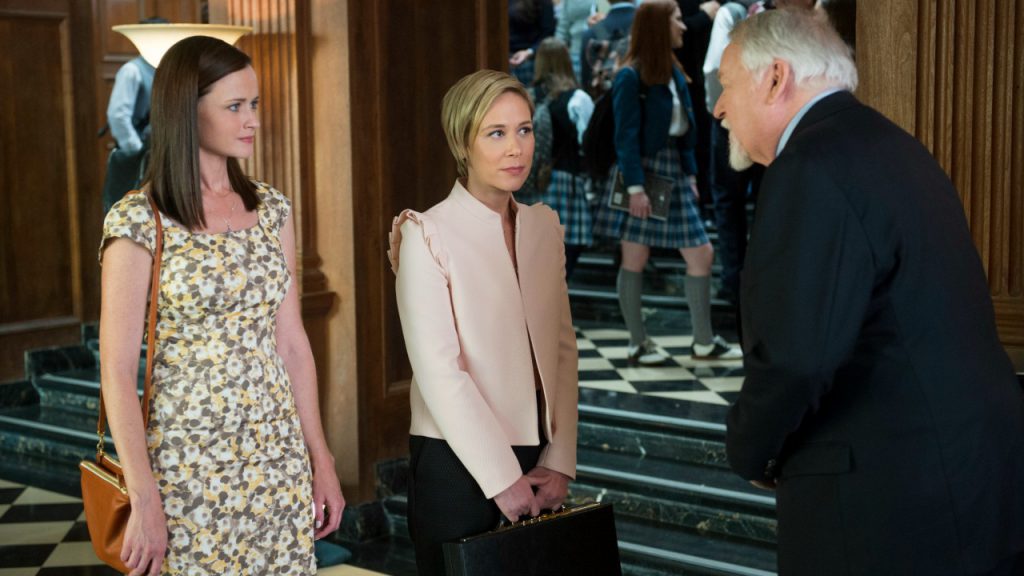 Blog
Literary References of Gilmore Girls: A Year in the Life: Spring