Iconic Cats in Books and Movies and Why We Love Them Image by Dimitris Vetsikas from Pixabay

Whoever said that dog is a man’s best friend has clearly never owned a cat. Sure, cats may give us humans a little bit of an attitude and wake us up with meows in the middle of the night, but they love their owners just as fiercely as dogs. Besides, they were once worshiped in ancient societies! They deserve to be treated like royalty! Just as we love our real-life feline friends, we love our fictional cats even more. Fictional cats are fun and whimsical and often play a vital role in the stories they occupy. In honor of the release of Pet That Cat! by Nigel Kidd and Rachel Braunigan, we’re highlighting some iconic feline characters in books and movies!

No fictional cat is more loyal to its owner than Thackery Binx in Hocus Pocus! When we first meet Binx in Hocus Pocus, he has just been turned into a cat after a run-in with the three witches. Binx was then abandoned by his family but guarded the family home every night to ensure the witches never returned. Binx’s loyalty continues throughout the film while ​​Max and Dani Dennison defeat the three witches who originally immortalized Binx as a black cat. At the end of the movie, we say goodbye to Binx as his human form is reunited with his sister in the afterlife. Talk about a tearjerker!

Chunk from Ghost Squad by Claribel A. Ortega

If there is any cat taking over the online book community, it has got to be Chunk the cat from Ghost Squad by Claribel A. Ortega. In Ghost Squad, Chunk’s human Lucely accidentally summons evil spirits just in time for Halloween. Lucely, Lucely’s Grandmother, and Chunk must join forces to protect their town before it’s too late. Complete with his own hashtag (#GhostsForChunk), Chunk is a fan-favorite, ghost-hunting feline that had to be included on our list.

While there are so many Warriors cats we could highlight in this list, the most iconic of them all has to be Firestar! Firestar was the star of Into The Wild, the first Warriors book, so it makes sense he would make it on our fictional felines list! Firestar first began as Rusty, a domestic house cat, before joining Thunderclan and training under the name Firepaw. He eventually worked his way up through the ranks to become Thunderclan’s leader to become Firestar. Icon behavior.

Church from The Mortal Instruments

Rounding out this list of iconic felines has to be Church from The Mortal Instruments series by Cassandra Clare. Church is an immortal grump who cares very little for any of the Shadowhunters who cross his path. No one is able to pick him up except for Jem, his original owner from 1878. After a long list of friendly, cuddly fictional cats, we needed the grumpiest of them all to round out this list. Love you, Church! Posted by Olivia Lusk
A Handbook for Making Feline Friends 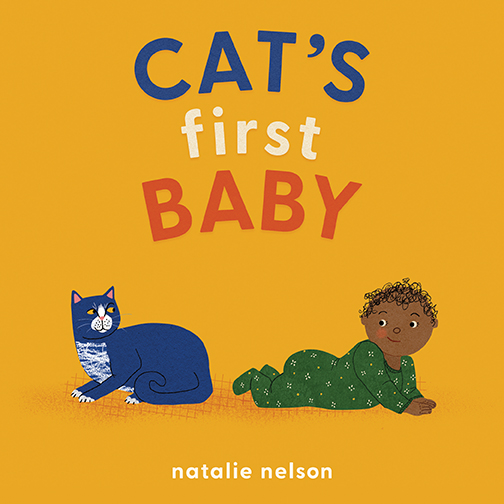 Posted by Olivia Lusk
A Handbook for Making Four-Legged Friends