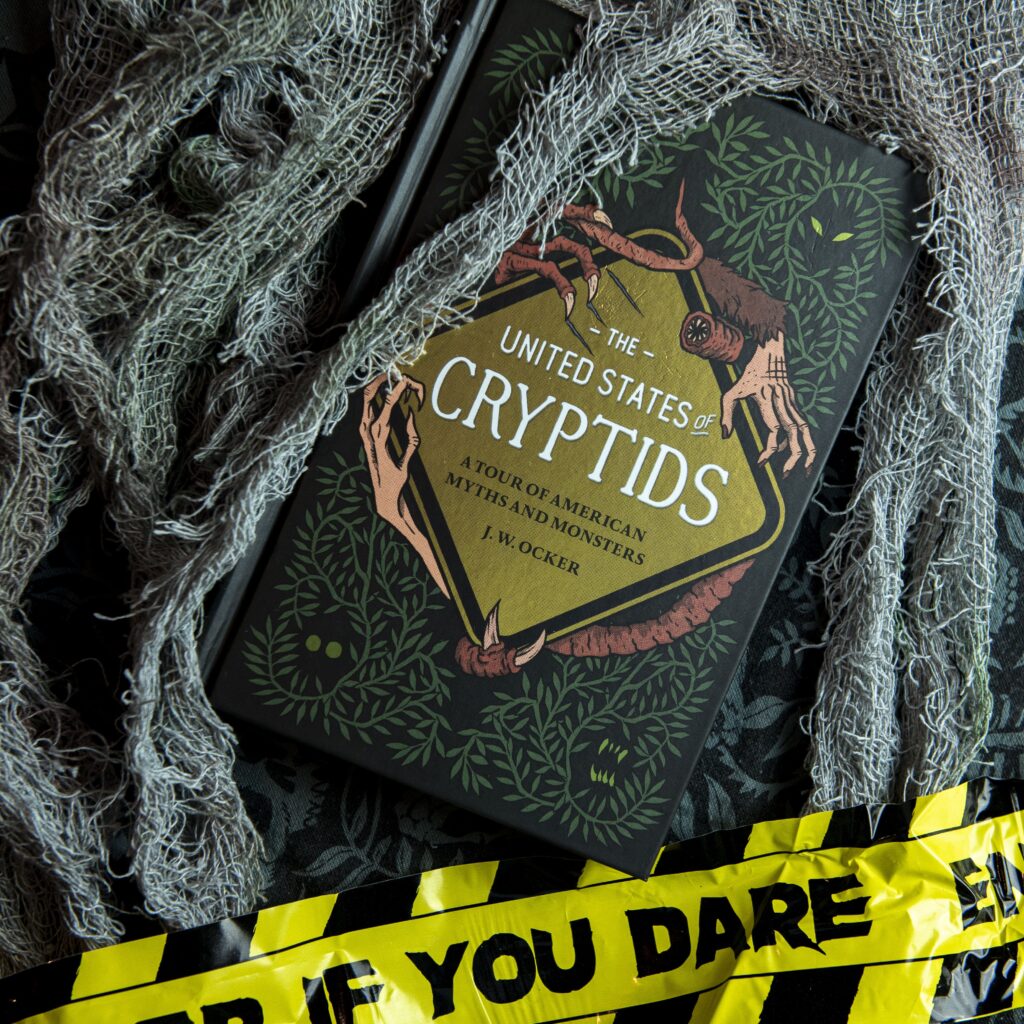 Maybe you’re lucky enough to live in a town where bigfoot is sighted so often you need bigfoot crossing signs. Or a town with a lake so well-stocked that every cast yields reptilian monsters. Or one where midnight visits from flashlight-headed pterodactyls and woman-faced wolves are common. But chances are you don’t. Cryptids—those beasts that science doesn’t (yet) acknowledge but so many eye-witnesses do—don’t always come to you. Sometimes you gotta go to them.

And that means a road trip.

Fortunately, you raise your chances of seeing a monster just by jumping into your car. Many cryptids were seen for the first time through windshields: the Mothman of Point Pleasant, West Virginia. The Whitehall Bigfoot in upstate New York. Batsquatch out of Washington. The Dover Demon in Massachusetts. The Loveland Frogmen of Ohio. And, while Scotland’s a little out of our jurisdiction, even the Loch Ness Monster itself was first seen across the bonnet of a car.

Even better, not only do you raise your chances of seeing a cryptid by hitting the road, I can guarantee you a sighting…if you drive to the right towns.

The United States is full of monsters. It’s also full of towns that celebrate those monsters like they’re hometown heroes or local sports teams. The residents throw festivals, erect statues, install historic plaques, establish museums. In some cases, cryptids are the town mascot, even appearing on welcome signs and town seals.

Driving to these cryptid towns ensures you’ll see a cryptid on those welcome signs and in those museums and during those festivals. But these jaunts aren’t just for photo ops in front of fangy statues in town parks and stops at monster-themed restaurants. They’re trips into legitimate history.

It’s a trip into the nineteenth century, where lumberjacks in dark Wisconsin forests told tales of a spiky beast called the hodag, which now reigns everywhere as the symbol of the town of Rhinelander, from the large statue outside its visitor center to the town’s officially sanctioned Hodag Day every May.

It’s a trip to 1949, Churubusco, Indiana, where a gigantic turtle that would come to be known as the Beast of Busco is sighted in a local pond outside of town, kickstarting a summer of turtlemania that echoes to present today as an annual festival and a town bumpy with turtle statues and turtle-inspired business logos year-round.

It’s a trip to 1952, Flatwoods, West Virginia, where a ten-foot-tall alien robot in a skirt scared a bunch of kids and their mother one night and then became a town-wide phenomenon that includes a museum and signage and gas station memorabilia today.

It’s a trip to 1958, Bluff Creek, California, where Bigfoot’s big footprints were first seen, inspiring its name, and where in 1972 the most famous bigfoot footage of all time was filmed. That area now has more bigfoot statues than residents.

There are dozens of cryptid towns like that across this vast country. It’s going to take us a while to hit even a fraction of them, and while your road trip starting point might differ based on your location, I recommend these towns to help you kickstart your planning. We’ll also need tunes. Tunes to hunt cryptids by. And I’ve got you covered with this Spotify playlist.

So we got cryptid destinations. We got cryptid tunes. That means we got us a cryptid road trip into history and legend and culture. We’re gonna come back with T-shirts crowning bigfoot as the hide and seek champion and red-eyed plushies to give to our children as souvenirs. And just maybe we’ll have our own cryptid encounter for the books.

Blog
On the Road Again: Road-tripping With YA

Blog
The Great American Road Trip: Recommended Reads
We use cookies on our website to personalize your experience, to conduct analytics, and to provide targeted online advertising. For more information and to opt-out of cookies, please see our Privacy Policy. By clicking “Accept All”, you consent to the use of ALL the cookies. However, you may visit "Cookie Settings" to provide a controlled consent.
Cookie SettingsAccept All
Manage consent