Characters Who Realized They Were Better Off Alone 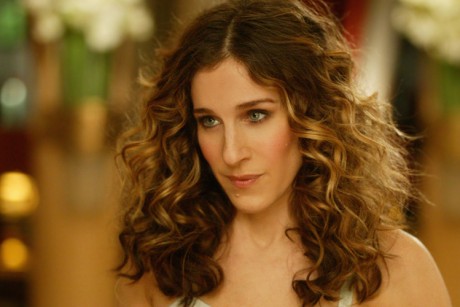 On this, the day of love, it’s important to remember that this day doesn’t just have to be about love that’s shared in a romantic relationship. Arguably, self-love is the most important kind of love.

Without further ado, here are some beautiful, strong women who decided they were better off alone than with their significant other.

Sex and the City by Candace Bushnell

Mr. Big and Carrie Bradshaw. It’s a romance that has been explored to death. They end up together in the end, but there are several times throughout the book/series that Carrie is presented with the decision: does she jump back into it with Mr. Big? Usually the answer is yes, but every once in a while Carrie decides that Mr. Big is not what’s best for her.

If you got to the end of Paper Towns and wanted to scream, I’m right there with you. Q spends all this time searching for Margo, and when he finally finds her, she basically tells him to f*** off. By the end of things, Q knows he’s better off without Margo, and that Margo is better off on her own as well. Love doesn’t have to end with a relationship. Sometimes love is letting someone go.

The Perks of Being a Wallflower by Stephen Chbosky

I think the most satisfying breakup in a novel that I’ve read would be Candace Kelmeckis’ breakup with Ponytail Derek. I didn’t know it was possible to be so proud of a character. She not only decides that she’s better off without Derek, she also is brave enough to know that she isn’t in a position to have his baby. I love Candace Kelmeckis. She is one of the bravest sub-heroines I’ve ever read.

Caitlin didn’t just decide that being alone was better for her; she decided that she needed to right the wrong Nick perpetrated against her. This is a beautiful story about a teenage girl who isn’t just able to understand that physical violence is never okay (even when it comes from a loved one); she’s able to make the decision to be alone despite the lingering feelings of love she has for Nick. Caitlin is better off without Nick, but that doesn’t mean she doesn’t love him anymore. The complex analysis of this relationship is fabulous. Even when you love them, sometimes you’re better off without them, and that’s what Caitlin decides in Breathing Underwater.