Spark (Spark and the League of Ursus)

A lot of children believe that their bears will keep them safe, and this charmingly creepy novel plays on that perfectly. In this (and the follow up, Spark and the Grand Sleuth), Spark is a sweet teddy bear who keeps watch every night against the monsters that threaten her child. However, things get bigger, scarier, and more fantastical as her first monster comes to town (at the same time that Loretta is deciding she doesn’t want a child’s toy anymore). Enter the League of Ursus, a group of warrior bears ready to fight all the things that go bump in the night.

This teddy bear is definitely not one for children! Star of the R-Rated film of the same name, Ted is the name of a teddy bear who comes to life after his child’s special wish comes true, and then, of course, the child grows up. Rather than the usual toy-abandonment sob story, though, Ted sees the two stay friends into adulthood, with Ted also getting a job, a girlfriend, and a very grown-up take on the world. Surprisingly charming and riotously funny, this smoking, drinking, swearing bear is the most obvious kind of badass.

On the opposite end of the spectrum to Ted, the Care Bears may not seem badass at all. They are sweet, kind, brightly colored, and all about sweetness and light…or are they? Created originally as a line of cute plush toys, the Care Bears become a mainstay of pop culture with an animated series and movies, where they spend each episode fighting bad feelings and cold hearts (literally, with a nemesis named Professor Coldheart). They choose to leave their comfy cloud home to head down to Earth and wade into difficult situations, always finding a way to make it better, and that’s a whole other kind of badass.

The villain of Toy Story 3, Lotso may seem like a classic teddy bear with his soft pink fur and strawberry smell, but as Disney fans know, he is the furthest thing from it. In this installment of the Toy Story franchise, Disney played with the idea of a toy that doesn’t take too kindly to being left behind by a child growing up, and he proves willing to do all kinds of things to keep the Daycare toys under his iron paw!

Rupert, Stewie’s beloved teddy bear, manages to be shockingly badass despite being completely inanimate. Without speaking, he is able to go on wild and wacky adventures with Stewie Griffin, including time travel! He’s seen in courthouses, on road trips, on completely unbelievable adventures, and of course, simply being there for Stewie. Given that the Griffin baby is a murderous little tyke, it’s arguable that even if Rupert never left the house, he would be pretty impressive for putting up with Stewie all this time!

And finally, probably the most famous teddy bear of all, Winnie the Pooh! Like the Care Bears, this resident of the Hundred Acre Wood finds his badassery in kindness and wholesome adventures. It may seem like his wanderings with friends aren’t quite cool enough for the title, but lest anyone forget, he has gone bravely in search of Heffalumps, gone above and beyond for his friends, and in the recent live-action film Christopher Robin, he’s even ventured into the “real” world to save Christopher! 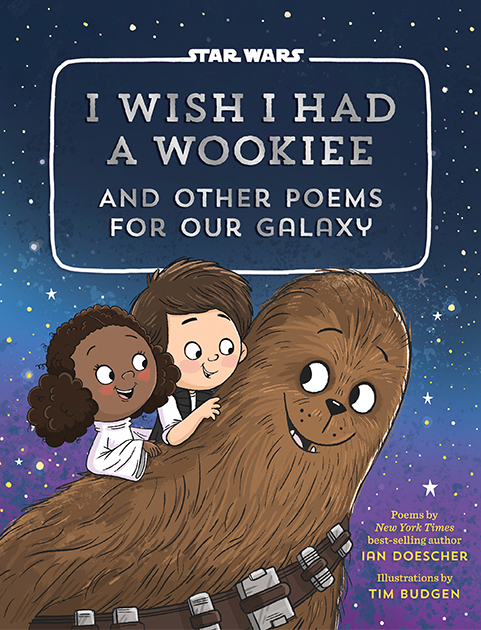 Posted by Rose Moore
And Other Poems for Our Galaxy