A Look at Comics’ Most Influential Couple [Photo by Brooke Cagle on Unsplash]

Today is Spouses Day, where the celebration of marital bliss is on the docket. While many people love their spouses, it is rare to see married people garner the same high level of regard in a single industry. Writers Matt Fraction and Kelly Sue DeConnick have been two of the most influential comic creators of the last few years. Their works have been at the forefront of the modern feminist movement in the comics industry. With some of the coolest books on the shelf and a list of impressive collaborators, Fraction and DeConnick have taken comics storytelling to new heights. Their work has inspired a whole slew of people to cosplay as their characters and even put tattoos on themselves. Below is a round-up of some of the pair’s best pieces.

Fraction’s run on Iron Fist has been lauded as conceivably the greatest Iron Fist story of all time. While the Marvel character has found success over the years as a third stringer, he had never really taken center stage before. Most of the attempts to give Iron Fist a long running series foundered after a few issues. In the hands of Fraction though, the martial arts comic ran for three years and almost 600 pages. This raised the level of popularity for the character. It seems unlikely that portions of Fraction’s work will not appear in the storyline of the new Netflix show when it airs in March.

When DeConnick took over the character of Carol Danvers at Marvel Comics, it was as yet to be seen that she would make the lesser known character a heavy hitter in the Marvel Universe. One of the first things that happened with the character was that she dropped the prefix Ms. and added Captain to her name. The newly minted Captain Marvel brought a powerhouse female character center stage. Thanks to DeConnick’s work, Carol Danvers is now one of the driving forces in Marvel comics. She will soon also be a driving force in the MCU once her stand-alone film comes out in 2019, starring Brie Larson.

Everyone loves a good spy story. In the case of Fraction’s comic Casanova, the combination of spy and sci-fi takes the tale of Casanova Quinn to all new levels. As an interdimensional spy, Casanova has to keep his wits about him as he outruns his father and sister also top notch spies. He is a top double agent who gets to travel through timelines and meet a bunch of wild characters.

DeConnick’s take on patriarchy gone wrong follows a group of woman who have been sent to the prison colony, Bitch Planet. There is one way to make it back home and that is through intense and brutal competition in the sport Megaton. This comic has become such a huge success that many people have begun getting tattoos of the symbol for non-compliant women on themselves.

The works of Homer are often fodder for retelling and illusion. In perhaps one of the most colorful retellings of the work, Odyssia flies throughout space with her companions fighting against vengeful gods in an attempt to make her way back home. The gender swapping story is a perfect example of what can be done to spice up an old story.

One of the corner stones of classic comic books was westerns. Over the last few decades, the western has lost its hold on the zeitgeist, but DeConnick brings it back full-bore in this dark work. The tale of Death’s daughter as she seeks revenge and retribution is nothing short of brilliance. To cap it off, the whole thing is told by a bunny rabbit and a butterfly. 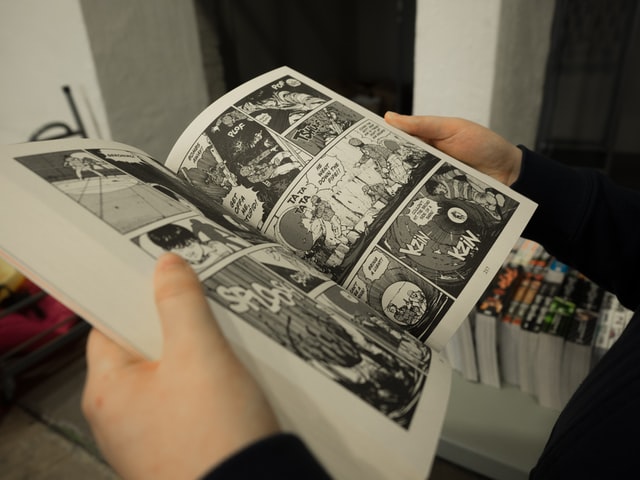