A Little Bit Late, But Well Worth the Wait Pop Culture Projects Ever since her first appearance in Iron Man 2 in 2012, fans have been clamoring for a stand-alone Black Widow film. Set to kick off phase four of the MCU in 2020, Black Widow, was ready to set the box office on fire, but the long-awaited film was further delayed by the coronavirus pandemic. Now, over a year later, Black Widow is poised to make her first solo film appearance on both Disney+ and in theaters. With all of this in mind, we at Quirk wanted to take a look at some of the great pop culture projects which were a little bit late but well worth the wait.

Barring his Dark Tower series, the majority of Stephen King’s work has been pretty much stand alone but in an unusual turn of events, nearly 40 years after the release of one of his most famous novels, The Shinning, King released a direct sequel. The novel follows an adult Danny Torrance who in the aftermath of the events at the Overlook Hotel has struggled massively with the shining. But when a young girl, who also shines, needs his help, Danny hops into action to fight a mob of questionable characters.

It is unusual for a print story to get a direct sequel in television or film, but that was exactly what happened with HBO’s Watchmen picking up a few decades after the comic book left off, this mini-series has been praised as somewhat of a masterpiece. Not only did it tie up several loose ends, from the Watchmen comics, it created new, interesting plot lines for many characters and opened a dialogue about race in America through its depiction of the Tulsa massacre.

The sequel to 2011’s Miss Peregrine’s Home for Peculiar Children, this book picks up right where the first book left off. With lead character Jacob and his friends fleeing from Miss Peregrine’s into the capitol world, things start getting really interesting when they enter into a time loop. The characters go through a series of intense adventures which will eventually lead them into The Library of Souls.

Mad Max has been one of those cult classic stories which has captured the minds of action afficionados. The first three films released between 1980 and 1985 are all great, but the real feather in the series cap is the 2015 film Fury Road. Picking up with Max on the run from villain Immortan Joe and his War Boys, Max teams up with Furiosa, a tough take no guff road warrior herself. Set almost entirely on the road, this is a high-octane film, deep with discussions of feminism and ecology.

Bill and Ted: Face the Music

In 1989 Bill S. Preston Esquire, and Ted “Theodore” Logan went on an excellent adventure. Two years later, the followed that adventure with one heck of a bogus journey. It took nearly 30 years for them to face the music, but as they continued to age and fail at their attempt to make the greatest song in the world. Now well into middle age, Bill and Ted are sent on another epic journey through time in a last-ditch effort to fix everything that is wrong with the world. Only this time, they are aided by their daughters, Thea and Billie. Face the Music is a fun crazy nostalgic ride.

The Testaments by Margaret Atwood

Released 35 years after The Handmaid’s Tale, this novel by acclaimed science fiction writer Margaret Atwood follows three women’s stories 15 years after the events of the original novel. More is learned about Gilead and the goings on within the community. A harrowing story of survival, The Testaments is yet another outstanding book in the library of Margaret Atwood. 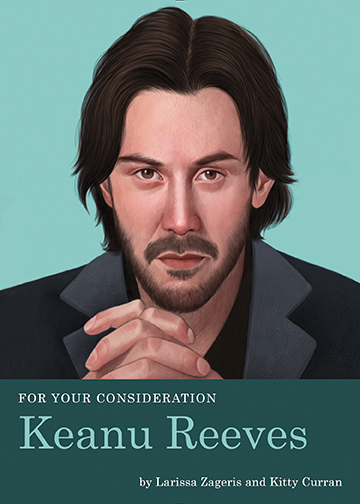 For Your Consideration: Keanu Reeves

by Larissa Zageris and Kitty Curran