A Lifetime in Libraries Libraries have always been an important part of my life. When I was younger, going to the library was a regular occurrence for my family. Since we lived in New York City, there were a few of them that we would frequent and each one was special in its own right. The one closest to us had three floors and I remember climbing up and down those stairs to the different levels, each section brimming with books.

This was the first library I became familiar with and I can still picture it even though I haven’t been there in a very long time. One thing I’ll never forget is the feeling when a librarian guides you to the book you had inquired about, takes it off the shelf, and puts it in your hands. It’s a magical transaction, like being given a ticket to journey to another world.

The library of my teenage years was in a turn of the century Carnegie building and also the largest library in my borough. One time, I spent hours there with my father collecting data for a science project, something that would have taken a fraction of the time if the internet had existed, but it’s a happy memory that I would not have had if that were the case. When I was old enough, I went there by myself to work on research projects for school, looking for resources as I navigated the stacks.

The library of my college years was the main research center of the New York Public Library. Right now, there’s a controversial renovation proposed which would greatly change how it and the other research libraries of NYPL operate. Whatever happens, it will still be an important place for many people. Hopefully, the lions guarding it, Patience and Fortitude, will be doing so for generations to come.

When I decided to become a librarian, I had interned and worked at a few archives and special collection libraries across the city and imagined that was the path my career would take. It was an honor to have been responsible for protecting these priceless collections and making them accessible to researchers. I’m still in awe of what is housed in these important institutions.

Even though I did not expect to be a librarian for a public library system, I have happily been so for the past seven years. I am lucky that my career choice has led me to so many different experiences, each with its own unique challenges and rewards. Just like libraries have always been special to me, I have been a part of that for others.

Despite the changes that have happened since I first visited a library as a child, one thing remains constant for me: when I hand a child a book they've been looking forward to reading, I get the same joyous feeling as when the librarian handed a book to me.

The same goes for when I find a vital resource for someone or help them learn to navigate new technology. I know that I could be changing their lives for the better and I’ll be done with being a librarian if that feeling ever goes away. 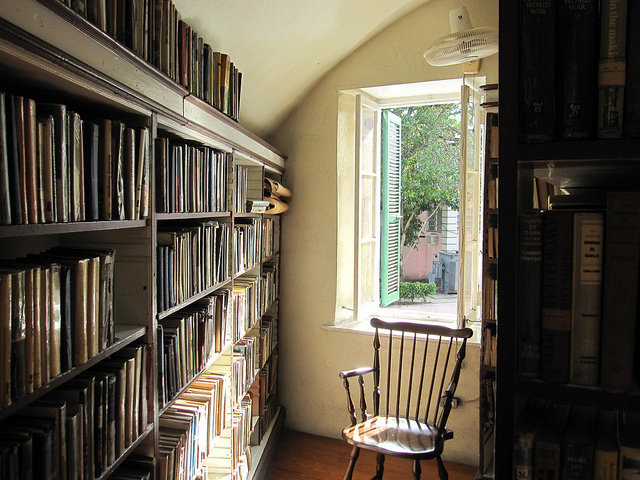 Blog
Ten Unusual and Amazing Libraries We’d Love To Visit
We use cookies on our website to personalize your experience, to conduct analytics, and to provide targeted online advertising. For more information and to opt-out of cookies, please see our Privacy Policy. By clicking “Accept All”, you consent to the use of ALL the cookies. However, you may visit "Cookie Settings" to provide a controlled consent.
Cookie SettingsAccept All
Manage consent