In a Jane Austen mood, but would rather relax on the couch with some popcorn? I know exactly how you feel. Here are some recommendations from a fellow Janeite on movies that’ll scratch that Austen itch.

Clueless: It’s packed with 1990s cheesiness, but Clueless is an entertaining and fun take on Emma. The movie is filled with Austen parallels, from Emma’s matchmaking tendencies to the town’s small nature (high school, anyone?) to the formal ball that makes familiar faces feel new. Plus this movie has tons of actors who’ve since gone on to bigger and better things, including Donald Faison and Paul Rudd.

You’ve Got Mail: This 1998 update of the 1940 film The Shop Around The Corner provides a healthy dose of Pride and Prejudice love. Meg Ryan’s character recommends the book to Tom Hanks’ character, saying – over email, of course – “I have read Pride and Prejudice about two hundred times. I get lost in the language – words like “thither, mischance, felicity.”

I’m always in agony over whether Elizabeth and Mr. Darcy are really going to get together.” From that moment in the movie, it’s interesting to see which the Austen parallels in Ryan and Hanks’ characters. They can’t even agree on the book and get into a heated argument about it. And isn’t it fun to see two would-be lovers argue over Jane Austen?

Pride & Prejudice: Unpopular opinion alert: I love the 2005 adaptation of Pride and Prejudice. (Haters gonna hate, hate, hate, hate, hate.) But hear me out – Simon Woods’ Mr. Bingley is so earnestly and captivatingly in love with Rosamund Pike’s grounded and mature Jane Bennet, the soundtrack by Jean-Yves Thibaudet is gorgeous, and the scene where Charlotte explains to Elizabeth why she has to marry is so steeped in honesty it breaks my heart.

And don’t even get me started on the performances by Jena Malone, Donald Sutherland, Judi Dench, and Carey Mulligan.

Okay, so they’re not movies. But the team at Pemberley Digital has won me over with these Austen-inspired web series. Ashley Clements is by far my favorite Elizabeth Bennet and I love that Georgiana Darcy gets some time in the spotlight with Welcome to Sanditon. It’s clear that Bernie Su and his team know their Austen. The modern parallels to the classic novels are engaging and entertaining.

No one’s marrying to save the family from shame or destitution. The plot trades matrimony for more relevant plot points. And both shows are full of fantastic female characters. 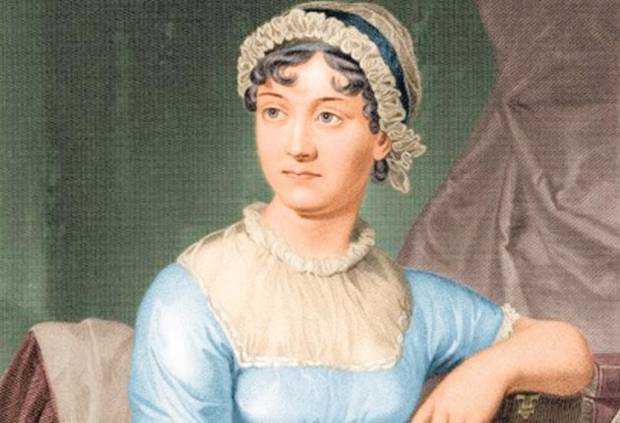 Blog
Our Favorite Jane the Virgin Literary References
We use cookies on our website to personalize your experience, to conduct analytics, and to provide targeted online advertising. For more information and to opt-out of cookies, please see our Privacy Policy. By clicking “Accept All”, you consent to the use of ALL the cookies. However, you may visit "Cookie Settings" to provide a controlled consent.
Cookie SettingsAccept All
Manage consent