If you’re one of the lucky few who has off today, then you probably know it’s Columbus Day. Otherwise, you might not realize it’s a holiday until you see the commercials for Columbus Day Weekend Sales. (Thank you, Macy’s.)

Despite the sea of controversy surrounding Columbus, use this opportunity to read some stellar books. Columbus-inspired locations are big in fiction, so check out these six books, comics, and TV shows set in spots named after the explorer who "discovered" America.

The Lost Symbol, Dan Brown, set in the District of Columbia (2009)

While there are many fictional stories set in D.C. (essentially anything involving politics or a presidential election), The Lost Symbol is a clear standout because the District of Columbia reads like a living, breathing character in the book. The entire plot centers around uncovering the mysteries our forefathers left throughout the famous monuments in our nation’s capital.  Brown does to D.C. what he did to Paris in The Da Vinci code, and Rome in Angels & Demons; essentially by the end of the book, you’ll be wanting to take a walking tour of D.C. to determine if the hidden symbols are actually real.

A literary master from South America, García Márquez set several of his novels in his home country of Colombia, a land named after the historic explorer. Famous for its magical realism, the novel takes you through seven generations of a Colombian family and features so many names, it needs a cheat sheet at the back to keep them straight.

In the movie adaptation of the iconic Marvel comic book, Peter Parker (played by Tobey Maguire) attains his powers after being bitten by a radioactive spider in a laboratory at…Columbia University. Later, he attends the school. Though the interior shots were actually filmed in L.A. (what isn’t?), the film’s exteriors were filmed on Columbia’s Manhattan campus.

Revisit the original film featuring an iconic scene on Manhattan’s famous traffic-clogged landmark. It was on Columbus Circle thirty-plus years ago, where the Stay Puft Marshmallow Man began trampling the city on his way to the Ghostbusters Building on Central Park West.

The Incredible Hulk in British Columbia (2008)

Another comic book adaptation takes a spin through a Christopher Columbus-inspired locale—British Columbia, Canada. If you haven’t seen The Incredible Hulk, be forewarned, this is a major spoiler. Read on at your own risk:

At the end of this film, Bruce Banner (played by Edward Norton) flees New York City for Bella Coola, British Columbia where he learns to control his transformations into the Hulk. Apparently, Columbus settings even have zen-like properties.

The show may have ended more than 25 years ago, but this setting is drilled into our heads. Family Ties, the ‘80s classic, takes place in Columbus, OH and introduced us to Michael J. Fox, a young Republican living during the Reagan administration. Given all the Republican primary news, and chaos, it’s a good time to brush up on your Reagan history and to enjoy the show’s famous closing tag, “Sit, Ubu, Sit… Good dog!” (Maybe one of our presidential candidates should consider using that line in the next debate.) 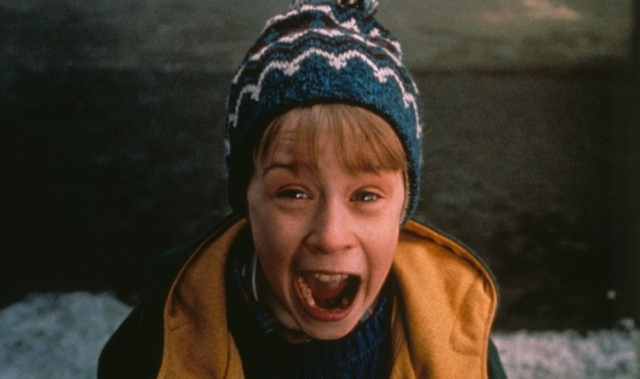 Blog
Scary Stories About Books to Tell in the Dark
We use cookies on our website to personalize your experience, to conduct analytics, and to provide targeted online advertising. For more information and to opt-out of cookies, please see our Privacy Policy. By clicking “Accept All”, you consent to the use of ALL the cookies. However, you may visit "Cookie Settings" to provide a controlled consent.
Cookie SettingsAccept All
Manage consent