The Five Greatest Dogs in the History of Comics For anyone who has ever had a dog, you will know that they are more than just a pet. A dog is a friend, companion and to many, a family member. Recent studies have actually shown that the average dog has the intelligence of a two year old human with a vocabulary of 165 to 250 words.

So, in honor of man's best friend, we are going to take a closer look at five of the best canine companions… in comics.

Lockjaw (Marvel Universe): The ubiquitous, “They” say a dog is man’s best friend. If that is true, than Lockjaw is an Inhuman’s best friend. Never far from the side of Inhuman King, Black Bolt, Lockjaw functions as the teleporter for the alien society.

On more than one occasion, he has saved both the Inhuman’s and Fantastic Four’s proverbial bacon, by teleporting them somewhere out of harms way.

Krypto (Superman): I have never fully understood why Lex Luthor has spent all of his time concerned with Superman. Clearly Krypto the Superdog should be considered a much larger menace. Sent toward earth before Superman, as a test of rocket integrity, Krypto was lost in space for many years. Eventually his rocket found its way to Earth and the yellow sun imbued him with the same powers as his master.

A super strong dog with laser eyes, the world should be thankful that Krypto doesn’t belong to General Zod.

Ace (Batman): Inspired by the success of Krypto, Ace the Bat-Hound became the crime fighting canine of Batman and Robin. Ace has been a great help on many of the dynamic duo’s adventures. Over time he has evolved, like many of the other DC characters. Though not often in comics anymore, Ace can still be found wandering the grounds of Wayne Manor from time to time.

1 a.k.a Bandit (We3): Bandit is a good dog. It isn’t his fault that he was experimented on and turned into a walking, barking, weapon of mass destruction.

Bandit, also known as 1, is the leader of a small band of animals consisting of a cat named Tinker a.k.a 2 and a rabbit named Pirate a.k.a 3. Scheduled to be terminated when a project to turn animals into weapons is scrapped, Bandit leads the other two in a desperate attempt to gain freedom.

The story of the 3 is heartbreaking and reinforces the concept of animal rights, while simultaneously entertaining. 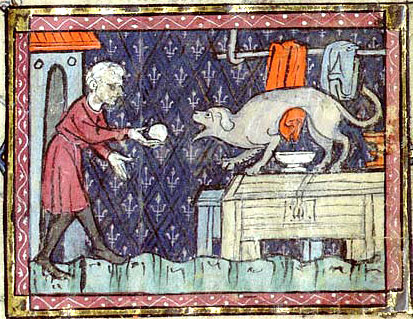 Blog
Quirky History: Friend, Pet, and Healer of Wounds
We use cookies on our website to personalize your experience, to conduct analytics, and to provide targeted online advertising. For more information and to opt-out of cookies, please see our Privacy Policy. By clicking “Accept All”, you consent to the use of ALL the cookies. However, you may visit "Cookie Settings" to provide a controlled consent.
Cookie SettingsAccept All
Manage consent