Who has time to read a whole novel these days? With expediency in mind, here are classic works of literature condensed to that most indispensable of poetic forms, the limerick.

Val Jean, who stole a baguette

Leaves prison without paying his debt

During the French Revolution

He finds a solution:

Be a good dad to his daughter, Cosette

Oliver was a boy who was born poor

And caused a row when he asked for more

He falls in with thieves,

And declines to settle the score

Offred had her rights removed

By a regime that just wanted her brood

But the Mayday resistance

And despite qualms, Offred vamoosed

And let her have the run of the hall

But as the ghost hangs around

Denver calls in the town

Because slavery leaves scars on us all

Gatsby has himself a scheme

To re-seduce the girl of his dreams

But a billboard with eyes

Watches all of his lies

And he ends up floating downstream

Both Dedalus and Bloom profess

That philosophy is anyone’s guess

They pad around Dublin

But it all hinges on Molly’s “Yes”

Liz had a poor opinion of Darcy

But as she got to know him

Her love began to grow in

Though she told him off for being a smarty! Hey there, lovers of crochet and literature! With Mother's Day this coming Sunday, show Ma you care—with cards featuring adorable amigurumi. We're giving you two Literary Yarns Mother's Day cards to post to Tumblr, Pinterest, Instagram, or Facebook. Because we all know your mom is on Facebook. Just click the image to be taken to the file, and then right click and save! We hope she appreciates these literary puns as much as we do.

A for A-mazing Mom!

I've solved the mystery of the best mom ever. It's you. 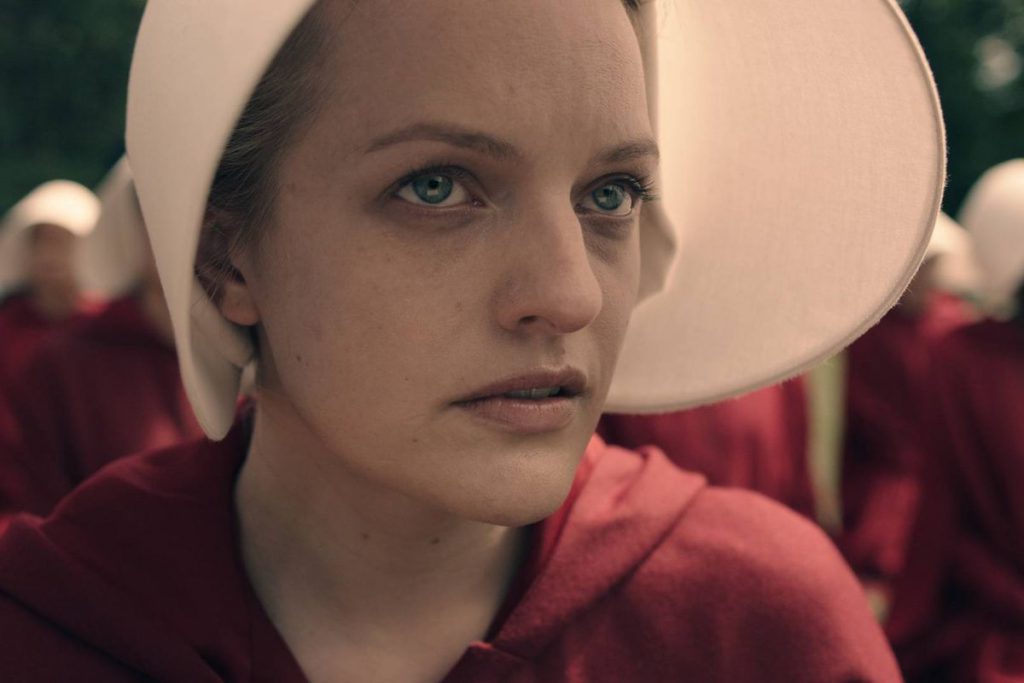 Oh, Margaret Atwood, what would we do without you? Your books, poetry, and very words have inspired us. And with The Handmaid's Tale now on Hulu, there's no better time to honor your stellar work.

Weirdest Shakespeare Adaptations Ever Made

Around the world, Shakespearean theaters are celebrating the birth date (and possibly death date) of the most famous playwright in history. Whether you love the Bard’s works, like we do, or don’t get what all the fuss is about, it’s hard to deny how influential Billy Shakes has been on pretty much every author to come after him. Beloved movies like 10 Things I Hate About You, She’s the Man, the Lion King, and West Side Story wouldn’t have existed without Shakespeare’s The Taming of the Shrew, Twelfth Night, Hamlet, and Romeo and Juliet, respectively.

But you know about those movies, right? We’re gonna get a little obscure, a little weird, and a little silly with these six bizarre adaptations of Shakespeare’s work.

We’ll admit it, February can be a bit of a gloomy month. Spring is tantalizingly close… and yet it feels so far away when the snow is still falling. The holidays are long gone and those wonderful New Year/New You intentions are fading away in the rearview mirror. But though it may be a bit ‘blah’, February also marks the birthday of one of France’s best-known novelists: Victor Hugo. Born on the 26th in 1876, Hugo’s writing certainly suits his birth month – his most famous works (Les Miserables and The Hunchback of Notre Dame) are deeply melancholy, with death and despair at every turn. There are countless fairy tales and legends we hold dear, but not all of them have had the staying power of Beauty and the Beast, Snow White, and Cinderella. Some stories just don’t have what it takes to remain in public consciousness and be made into Disney films. Here’s a collection of fairy tales that have fallen, deservedly, into obscurity.*