Ten Songs That Should be Included in the Flash/Supergirl Musical

Even before the CW announced that they were bringing Supergirl over from CBS, fans have been clamoring for a CW DC-verse musical. Not only does each of their four shows boast at least one seasoned veteran of musical theater (John Barrowman on Arrow; Ciara Renee, Arthur Darvill, and Victor Garber* on Legends of Tomorrow; Jesse L. Martin on The Flash; Jeremy Jordan on Supergirl), but the leads of both Supergirl (Melissa Benoist) and The Flash (Grant Gustin) both had prominent roles on Glee.

Fortunately, producer Greg Berlanti agreed, and recently announced that this season would feature a 2-episode Supergirl and The Flash musical crossover – maybe even with some cameos from the greater Arrowverse as well.

While their plan to include several original songs makes it hard to predict exactly what they will sing, below are ten prime opportunities to sing, along with who should do the singing, and suggestions for songs that might fit the bill.

*Yes, that is really Victor Garber under all that hair. Musical Moment: A touching, contemplative song sung by Joe West to his kids, Iris and Wally, about their strained family dynamic that resulted from him cutting off contact with their mother.

Musical Moment: No superhero musical crossover would be complete without a stirring collaborative number all about the importance of working together.

Performed by: Barry Allen, Kara Danvers (along with Rip Hunter, Dr. Martin Stein, and Hawkgirl – if they can arrange for half the cast of Legends to join the party) Musical Moment: We know that Calista Flockhart can deliver a sassy musical routine from her Ally McBeal days, so it seems obvious that Cat should have an up-tempo girl-power song about being the queen of her own lady-driven empire. The only problem: Cat is only recurring in season 2 of Supergirl, so let's keep our fingers crossed that she'll be in the musical.

Performed by: Barry Allen, Cisco Ramon, Kara Danvers, Winn Schott, Alex Danvers, James Olsen, Wally West (+ whoever they can get from the Arrow and Legends casts)

Musical Moment: The Villain Song. This might be a good time for an original song, as all the best villain songs seem to be from Disney movies, but the most important thing is that we get John Barrowman singing about world domination.

Song suggestion: “Everybody Wants to Rule the World” by Tears For Fears (in the style of Lorde)

Musical Moment: After Barry (as always) attempts to fix all of Team Flash's problems by himself and it goes poorly (also as always), Joe gives him an emotional pep talk, reminding Barry that he believes in him and is there to support him unconditionally.

Song suggestion: “I Got You” by Leona Lewis

Musical Moment: A tension-charged song between Barry and Julian about their mutual disdain for one another even as they are forced to share a lab and work together to save the world.

Song suggestion: “Every Breath You Take” by The Police, but in a minor key

Musical Moment: An emotional dark-night-of-the-soul conversation between Kara and Alex, where they are both overwhelmed by the enormity of the task before them and nostalgic for the simpler times of when they were younger.

Performed by: Kara and Alex Danvers 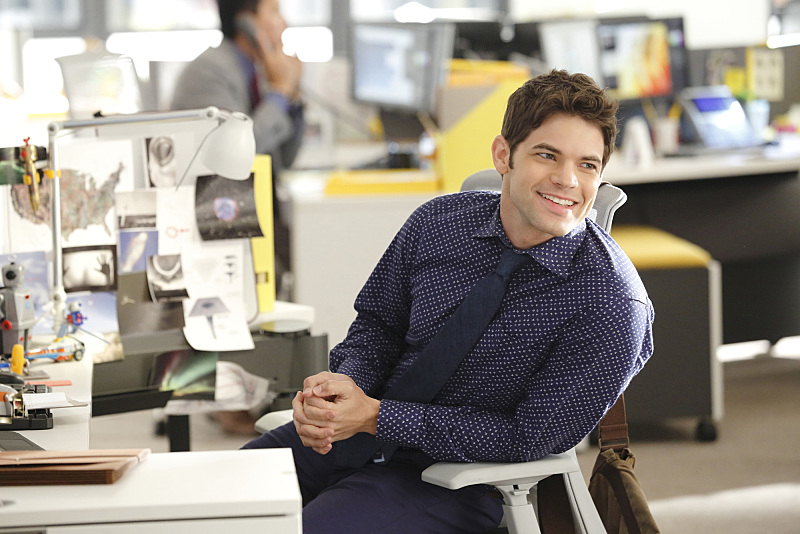 Musical Moment: Kara's and Barry's No. 1 Fans singing an energetic duet about how much faith they have in them to save the day. Killer harmonies and synchronized dancing a must.

Song suggestion: “Holding Out for a Hero” by Bonnie Tyler

BLOG Comics to Read Based on Your Favorite Quirk Books

BOOK The Spectacular Sisterhood of Superwomen

A woman's place is saving the universe.

BOOK The League of Regrettable Superheroes

Meet one hundred of the strangest superheroes ever to see print, complete with backstories, vintage art, and colorful commentary.