In Andrew Shaffer’s 2018 political fantasy slash buddy cop book Hope Never Dies, former President Barack Obama and Vice President Joe Biden team up for an unlikely, yet strangely satisfying premise: Biden’s favorite train conductor has died and he’s the only one who can solve the mystery. But not without his political counterpart, the irreplaceable Barack Obama.

This week, Shaffer’s back with a sequel to this madcap mystery – this time to catch the culprit who stole President Obama’s prized Blackberry. Hope Rides Again is the perfect companion to a densely populated Democratic primary, but it’s not the only buddy cop pairing on our mind. Join us as we dive into the strangest and most delightful buddy cop pairings in the pop culture universe. 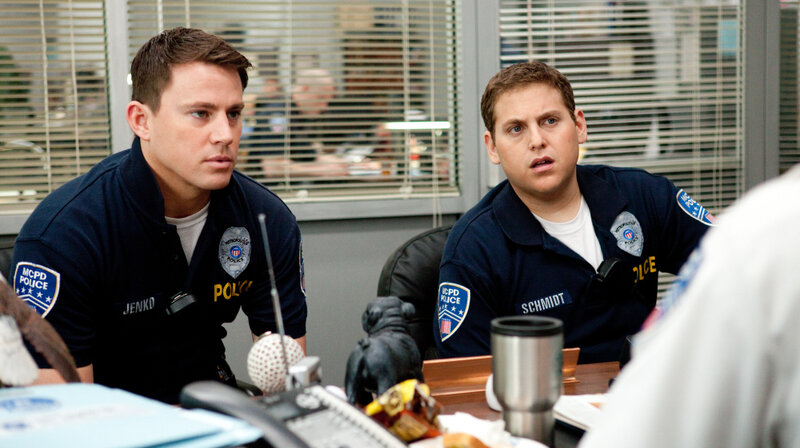 When two underachieving cops (played by Channing Tatum and Jonah Hill) are sent undercover to investigate a synthetic drug ring at a local high school, every single Magic Mike fan started watching Channing Tatum stumble around through pained winces and half-covered eyes. (Oh yeah. Y’all forgot that 21 Jump Street and Magic Mike came out the same year, didn’t you?) And while our viewing of this movie started out rocky – to say the least – we quickly leaned into just how masterful this reboot actually is. But we still have three questions for the directors of 21 Jump Street: What high schooler looks like Channing Tatum? (Really, though.) Why are you sending your worst cops undercover? (Aren’t you concerned?) And did you know that Dave Franco and Jonah Hill are basically the same age? Here’s what we want: an all-female reboot of 21 Jump Street starring Maya Erskine and Anna Konkle.

When two down on their luck friends (played by Damon Wayans, Jr. and Jake Johnson) dress as police officers for a costume party, they get caught up in more trouble than they can handle. What starts out as a road down the hero’s journey quickly turns into a tangled web of mob bosses and dirty detectives. And they can only thank their own hubris for that. Let’s Be Cops is objectively comedic, but only when removed from the timing of the film’s theatrical release. It hit theatres in the aftermath of Michael Brown’s death in Ferguson, Missouri – a death at the hands of police violence. And while we still have a ton of questions about the premise of this movie, one thing is crystal clear: Jake Johnson and Damon Wayans, Jr. make an incredible team. But we’d much rather watch seasons 3 – 6 of New Girl.

We will watch anything that Melissa McCarthy is in – preferably three or four times in a row. So it’s probably no surprise that we’re big fans of The Heat. When a type-A FBI agent (Sandra Bullock) is paired with a foul-mouthed cop from Boston (McCarthy) to bust a notorious drug lord, what could go wrong? As it turns out, everything, starting with the fact that a cop and an FBI agent would never be paired up to work a case together. (Come on, Paul Fieg!) But we’re willing to overlook the massive logic leaps that this movie goes through because it’s Melissa McCarthy! And Sandra Bullock! And the only buddy cop movie that features two women – so we’ll take what we can get. But here’s what we want: way more dumb movies starring two female leads. The guys have had their chance to get this genre right. Now it’s our turn. 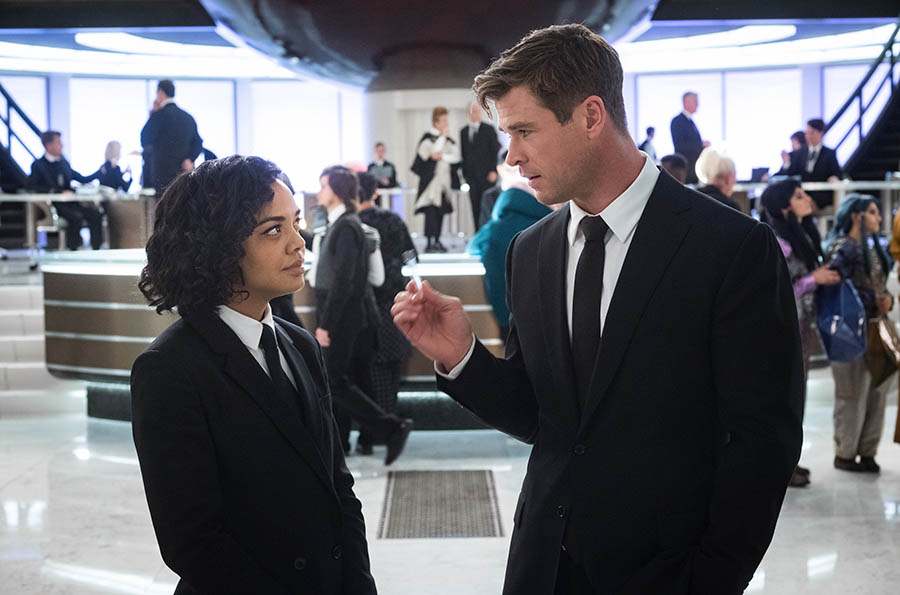 Okay, okay. We know we just said we want to see all-female buddy cop movies from here on out, but we’re huge fans of Men in Black: International, especially because it features our one true love: Tessa Thompson. The Men in Black (and, ahem, women in black) have always protected the Earth from the universe’s scummiest aliens, but this adventure is different: they have to tackle a mole in the MIB organization. Luckily Tessa Thompson and Chris Hemsworth are here to save the day, the universe, the everything. And while we were a little distracted by the Thor: Ragnarok of this casting decision, it was truly excellent to see these funny, talented actors share the screen again. Here’s our wish for the universe: an Agent M spinoff. We’re getting giddy just thinking about it.

BLOG Punch it Up

BLOG Roundup of the Best Tentacle-y Monsters from Modern Fiction

BOOK For Your Consideration: Maya Rudolph