Nailed IT! That’s what Hollywood’s screaming after the newest Stephen King reboot “floated” (ahem) away from the competition, earning a staggering $180 million opening weekend.

With those kinds of numbers, Hollywood may be scrambling to find the next King-sized retelling. We here at Quirk, ever the visionaries, think they should consider going in a different direction: “The Stephen King Character Mash-ups You Didn’t Realize You Were Dying For!”

Pet Semetary 3: The Grave of Cujo

Key Scenes: Cujo, back from the dead, eats that creepy yellow-eyed cat in a single gulp. No one mourns.

Jud Crandall returns from the grave...in full Herman Munster make-up but wearing his My Cousin Vinny robes and Southern drawl. 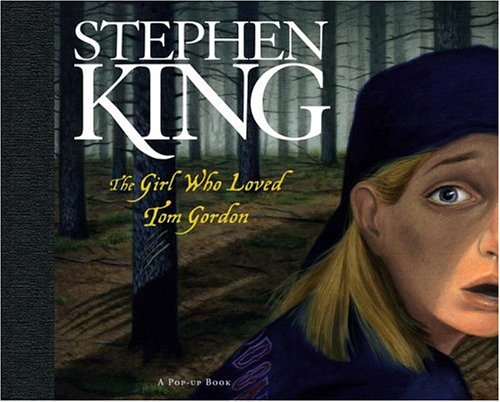 The Girl Who Loved Red Redding

Plot: When Trisha gets hopelessly lost in the woods, thirst and exhaustion cause her to conjure a vision of her favorite long-time Shawshank inmate, Red Redding. With Red on the scene, narrating Trisha’s every move in the voice of Morgan Freeman, that bear doesn’t stand a chance!

Red (narrating): “That was my friend Trisha—she crawled through a river of poop, and came out clean on the other side. Sometimes watching her makes me sad. She doesn’t know which way to go. How could she? She was just a little girl…

Red (narrating): “That was my friend Trisha all right—lots of moxie. Especially when she’s tired. Tired from wandering around the woods all day. Always walking the wrong way…”

Trisha: (yelling) “Why are you using the third person? I’m the only one HERE!”

Red (narrating): “That was my friend—Trish, my friend. I’m sure gonna miss her when she dies.”

Plot: When psycho nurse Annie Wilkes recovers the body of kinky lawyer Gerald Burlingame, she traps him in her remote home and ties him to the bed. Gerald loves it. Annie is flummoxed, and after years of breaking each other’s ankles with sledge hammers, hitting each other over the head with typewriters and shaving each other’s legs using only lawn mowers--the happy couple retires to Clearwater, Florida.

Here’s Shining At You, Carrie

Plot: It’s Casablanca, but with Danny Torrance in Rick Blaine’s role, and Carrie White as Ilsa Lund. Dick Hollaran as Captain Louis Renault. The Nazi’s won’t stand a chance, and neither will love, when these two “play it again, and again and aga…”

Danny (to Carrie, in his mind, with that Shining face he makes): Carrie, put down that plane.

Carrie (aloud, but holding the plane aloft with her mind, so, you know, also making that face): What about us?

Danny (in Tony finger voice): I think this is the beginning of a beautiful friendship, Mrs. Torrance.

Stand By It: The Musical

Plot: When the night, has come . . . The Losers Club meets Gordie and the boys for a boot stompin, knee-slappin, toe-tappin’ musical excursion over railroad tracks and through the sewers in search of the body of a dead clown.

Key Songs: Keifer Sutherland’s Ace Merrill & Michael Cole’s Henry Bowers duet (featuring the Bangor Maine Boys Choir): “Anything You Can Do, I Can Do Crazier” (aka “Any Cat You Can Kill, I Can Kill More Disturbingly”)

Opening Number: “When You Gave Me Some Skin, You Gave Me Your Heart” culminates in dance off between the Losers’ Club and Gordie and the boys. The issue is put to rest when the dance-off is won by the precocious cuteness of Danny Pintauro.

BLOG How to Survive a Horror Novel, from Beginning to End

They told you the suburbs were a great place to live. They said nothing bad could ever happen here. But they were wrong.

A traditional haunted house story in a thoroughly contemporary setting.

BOOK How to Tell If Your Boyfriend Is the Antichrist