A Mystery with Hoverbots, Bristle Bots, and Other Robots You Can Build Yourself
By “Science Bob” Pflugfelder , Steve Hockensmith Nick and Tesla return in an all-new, robot-filled adventure!

When a rash of robberies hits the town of Half Moon Bay, 11-year-old sleuths Nick and Tesla are determined to catch the criminals—but to do so, they'll have to build a host of new gadgets and gizmos! In this robot-themed follow-up to Nick and Tesla's High-Voltage Danger Lab, the brother-and-sister duo build four different droids out of ordinary household objects—and illustrated instructions are included throughout the story, so you can build them, too! Make bristlebots that buzz, hoverbots that float above the ground, battlebots that duke it out, and more! Can Nick and Tesla catch the criminal mastermind—and foil his army of rampaging robots—before it's too late?

“How do you connect students interested in STEM (science, technology, engineering, mathematics) with fiction reading? Look for science adventures. Get started with the NICK AND TESLA series. Each book contains an engaging adventure revolving around a “build-it-yourself” science project.”—Teacher Librarian

“Another fast-paced mystery and treat for technophiles.”—Kirkus Reviews

“Real project blueprints are included along with this tale of 11-year-old siblings who create outrageous contraptions and top-secret gadgets.”—Los Angeles Times

“…the combination of exciting elements and innovative DIY projects in action yields a guaranteed pager turner.”—ScienceBuddies.org

“SCIENCE BOB” PFLUGFELDER is an elementary school teacher based in Newton, Massachussetts. He has made many television appearances on Jimmy Kimmel Live, Live with Kelly and Michael, The Dr. Oz Show, and other media outlets. These are his first books.

STEVE HOCKENSMITH is an award-winning short-story writer, novelist, and reporter. His short fiction appears regularly in Ellery Queen Mystery Magazine and Alfred Hitchcock Mystery Magazine, as well as anthologies such as Sherlock Holmes in America and Death Do Us Part. His story “Erie's Last Day” appeared in Best American Mystery Stories 2001. His first novel—the kick-off to his Holmes on the Range mystery series—was a finalist for the Edgar, Shamus, Anthony, and Dilys awards. Before turning to fiction, Hockensmith was an entertainment journalist, contributing to such publications as The Hollywood Reporter, Newsday, and the Chicago Tribune and editing the movie magazine Cinescape as well as The X-Files Official Magazine.

He lives in Alameda, California, and blogs sporadically at stevehockensmith.com. Pride and Prejudice and Zombies: Dreadfully Ever After 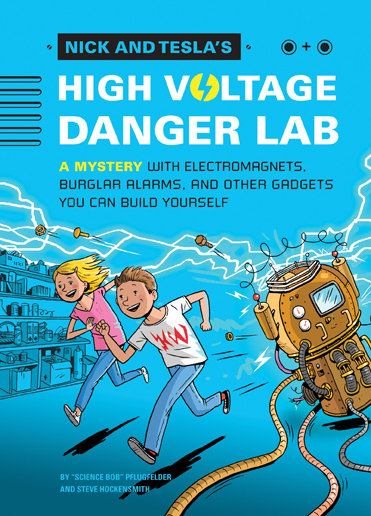 Pride and Prejudice and Zombies: Dawn of the Dreadfuls
See All Books