A Case for Non-Christmas Christmasy Movies

The weather outside is frightful and, frankly, we’re tired of watching Elf on a loop. There are only so many times we can see Will Ferrell put maple syrup on his spaghetti. (Ew.) So, we’re here to make a case for decidedly-not-Christmas movies that still give us that warm fuzzy feeling. Grab the nearest blanket and hunker down because you’re in for a cinematic treat.

The Sound of Music

We can all agree that The Sound of Music is not a Christmas movie – there isn’t even a Christmas scene! – and yet so many families curl up around the TV to watch the von Trapp family learn how to sing and escape from Nazis. And sure, it’s almost three hours long, but that’s part of the fun of it! You get an intermission, you can watch it in pieces, you can turn off your phone and ignore the rest of the world for a quarter of your waking hours. It’s perfect.

While Bridget Jones’s Diary isn’t technically a Christmas movie, there is a scene where Bridget and Mark, played by Colin Firth, meet at an ugly sweater party. And if Colin Firth doesn’t feel like Christmas, we don’t know who does. (This is pre-Love Actually, y’all.) This slightly irreverent send up of Pride and Prejudice will satisfy your bookish side as well, proving that a movie doesn’t have to name check Santa Claus in order to be perfect for late-December. 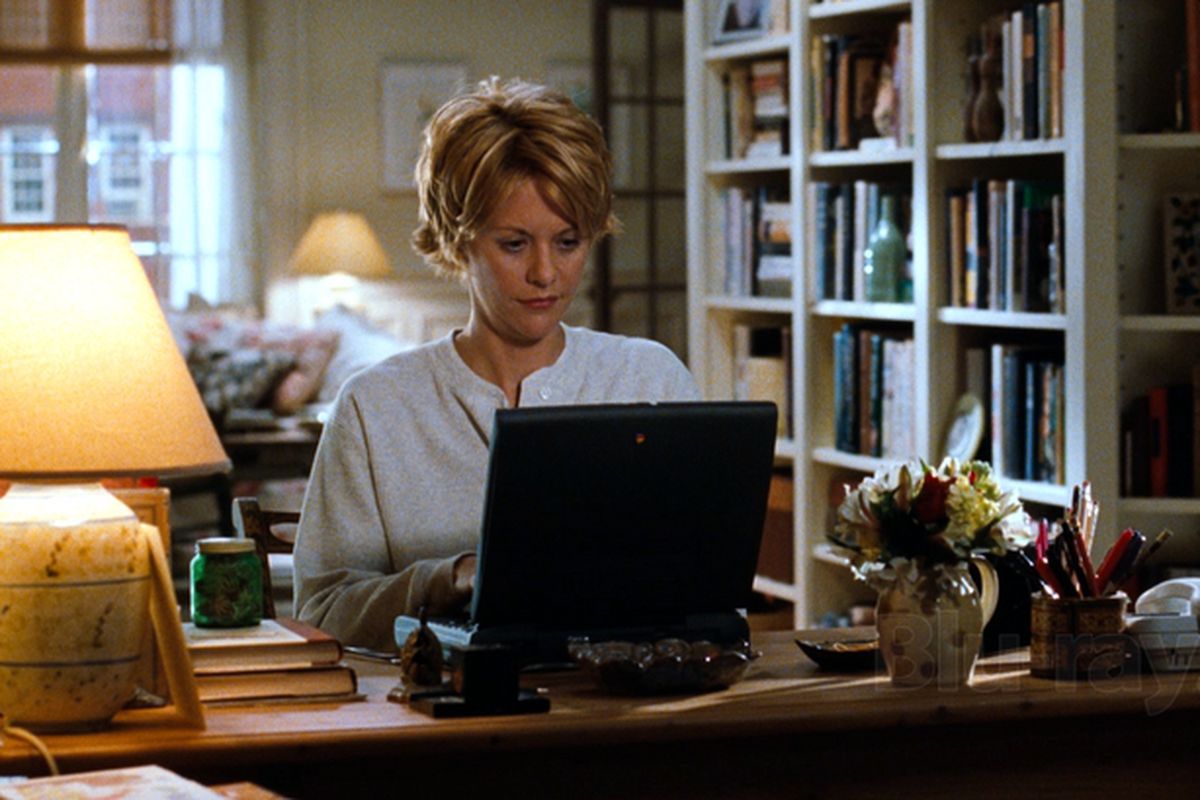 We think of You’ve Got Mail as a cute rom com about two people falling in love online – way before online dating was a thing! But it’s also a story of big versus small business (Amazon, anyone?) and our obsession with getting things faster and cheaper – which is our plea year-round, but especially around Christmas. Package that story in a very cozy Meg-Ryan-meets-Tom-Hanks-and-they’re-both-very-cute way and you’ve got us listening to that AOL catch phrase on repeat until the snow melts.

Every Harry Potter movie is also inherently a Christmas movie. It’s the law. (Have you seen The Great Hall? It’s the indoor equivalent of a winter wonderland.) So, while you’re debating with your family members which film in the franchise is the coziest, we’ll be over here watching all eight movies, starting with Harry Potter and the Sorcerer’s Stone and queuing them up one right after another. Because half the fun is watching Matthew Lewis grow up from Trevor the toad’s guardian to Deathly Hallows hottie.

Yes, that Mean Girls. And yes, we’re serious. While this movie is filmed with a whole lot of snark, it also contains some of the greatest Christmas moments in movie history. Who could forget Damian’s Santa Claus clad “You go, Glen Coco!” moment? Or the titular mean girls’ rendition of “Jingle Bell Rock”? So, go ahead. Start a new Christmas movie tradition. We guarantee it’ll stick around longer than “fetch” did.

BLOG Writers Who Adapted Their Own Screenplays

BLOG Non-Christmas Movies We Love to Watch on Christmas