Book Recommendations for the Cafeteria Tables in Mean Girls

We seem to have misplaced our calendar. Can anyone tell us what day it is?

Oh that’s right. It’s Mean Girls day! And while we could just spend all day organizing a living room read of Much Ado About Mean Girls – we’re biased, but it’s hilarious – what we really want to do is head on over to North Shore High School and start handing out book recommendations around the cafeteria. Admit it, you want to know what The Plastics are reading when they’re not plotting everyone else’s complete demise. (It’s the picture book Corduroy. We know. We were surprised too.) Read on to see what else we’re recommending! 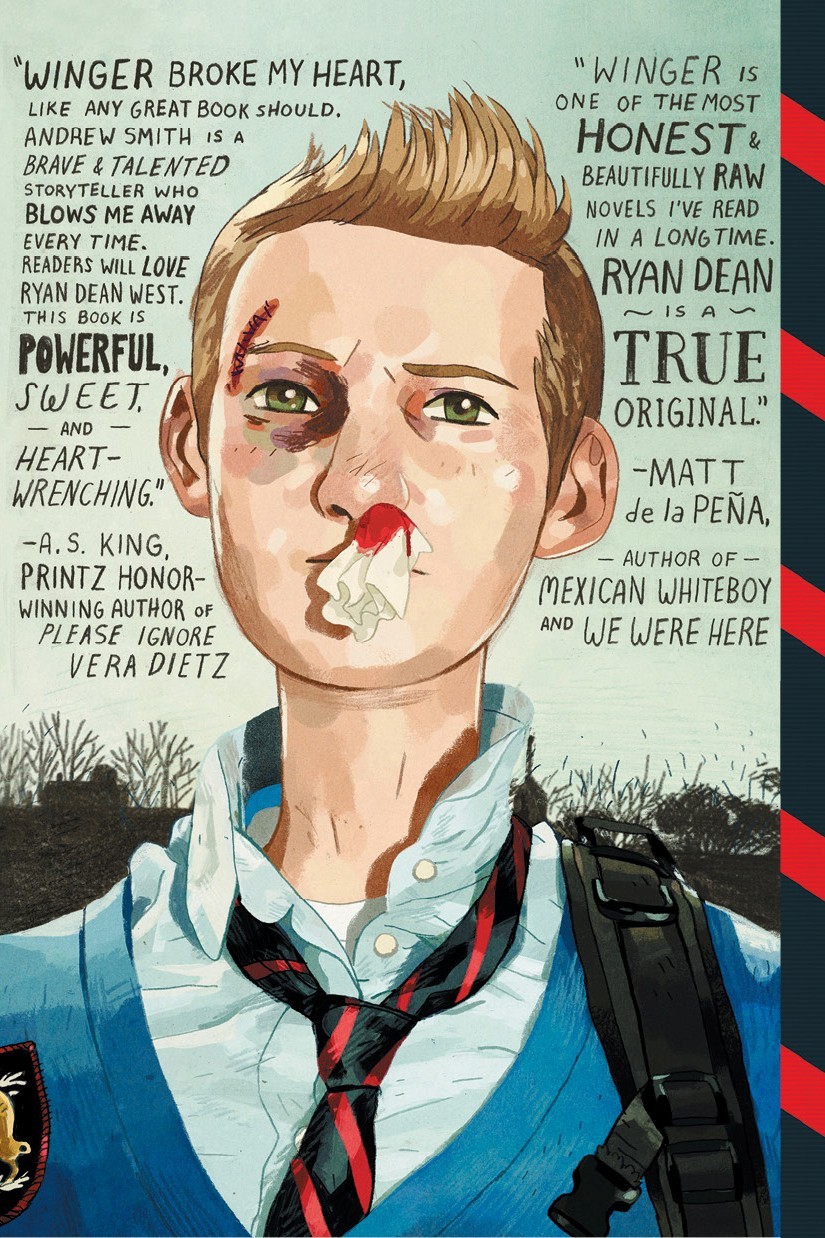 While we never even see the preps in Mean Girls, we imagine they look like every character in Winger by Andrew Smith. All preps are deep into rugby, right? And while North Shore is very much a public high school, we’re super interested in hearing the preps’ response to a young adult novel about actual prep school kids – folks who don’t have a choice when it comes to the blazer-slacks combo. And who knows, they may try to start the school’s first rugby team because of Winger. 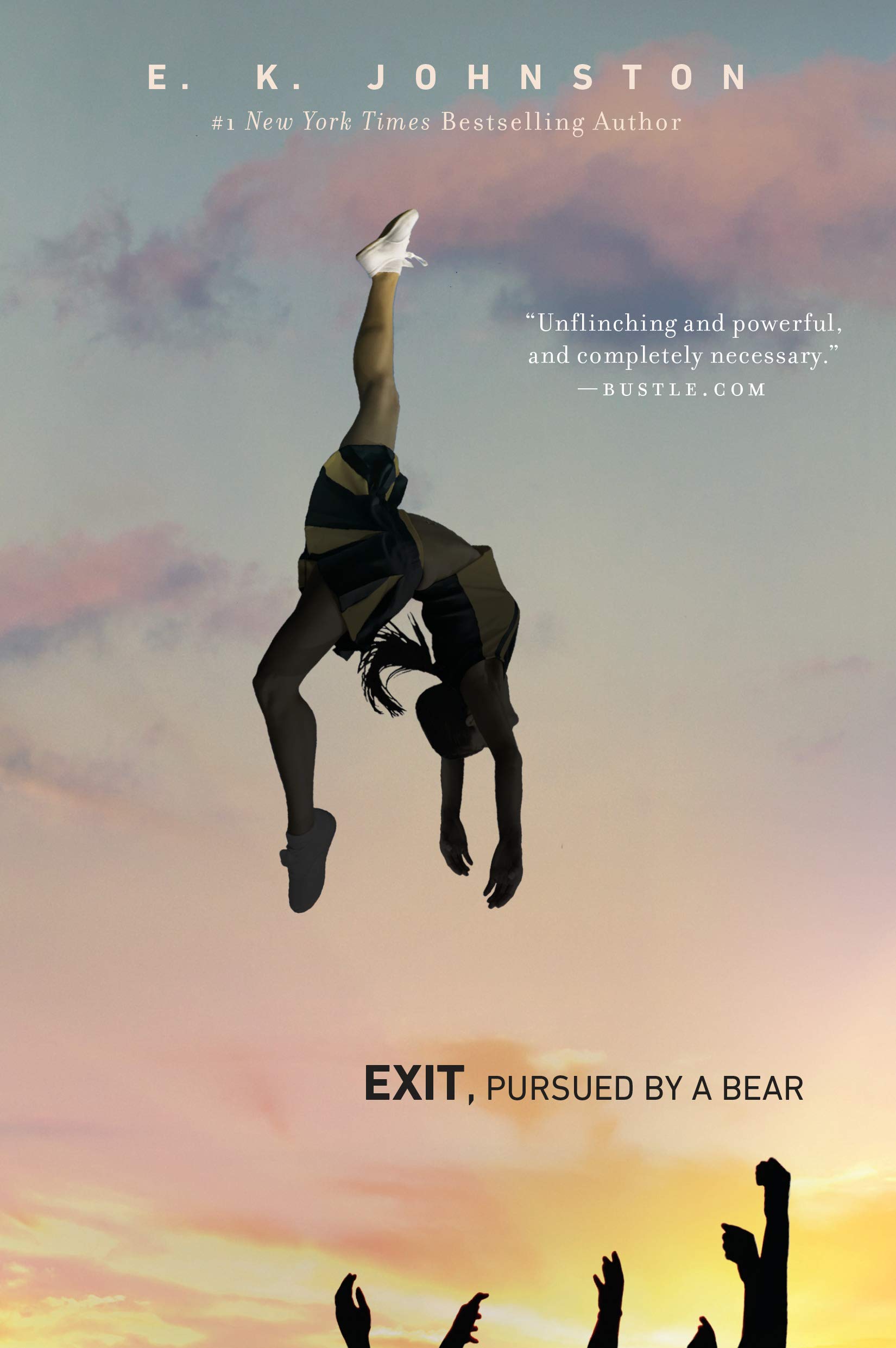 While Janis and Damian see their school in broad strokes stereotypes, we’re hopeful that the real students are multidimensional and complex human beings. Which is why we’re recommending Exit, Pursued by a Bear by E.K. Johnston to the cheerleading table. This young adult novel beautifully turns this idea of every school having a star cheerleader and a pariah pregnant girl on its head. Because in Johnston’s novel, those girls are one in the same. It’s a novel that, like the gorgeous cover of a flyer being launched into a sunset, resonates with you long after you’ve finished reading it. And maybe it’ll give the cheerleading table the courage to change the way they’re viewed too. 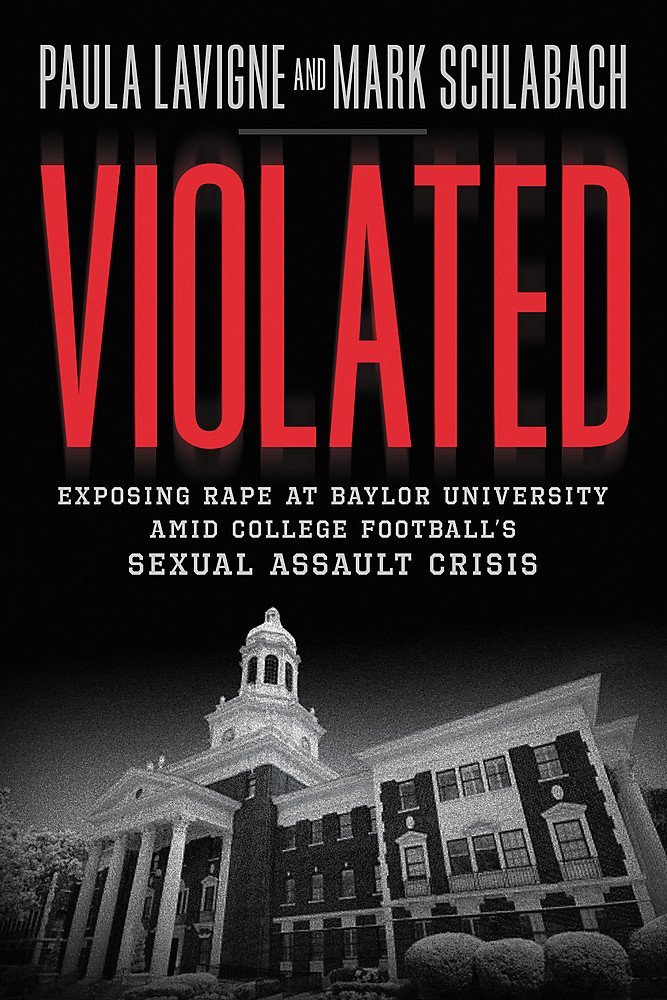 The varsity jocks at North Shore – and the J.V. jocks too, for that matter – spend a lot of time hitting each other and making aggressive and hyper masculine sounds at each other. (Honestly, they should be eating. They’re going to kill themselves at practice if they don’t.) But all this aggression is really making us want to buy a copy of Violated by Paula Lavigne and Mark Schlabach for each and every one of them. Not only does this book focus in on a violence-fueled epidemic in football – sexual assault and sexual violence – it communicates just how prevalent this issue is, not only at Baylor University, the school that Lavigne and Schlabach chose to cover. We’re hoping this book starts a locker room conversation about de-escalating violence and being in charge of their own choices and actions.

When we first encountered American Band by Kristen Laine, we couldn’t help but think about all the band geeks at North Shore. This exploration of the discipline and talent required to be in a marching band is maybe more for the sexually active band geeks’ parents than the band geeks themselves. Being in band – and being great at it – is a stressful experience. Of course they’re letting off some steam in the lunch room! Wouldn’t you?

The Greatest People You’ll Ever Meet

When Oprah says that something is the best book of the year, you listen. And Janis and Damian do to. Which is why we’re recommending The Water Dancer by Ta-Nehisi Coates to the self-proclaimed “greatest people you’ll ever meet,” sitting at a lunch table all alone. (By the way, how is it possible for two people to claim an entire lunch table at North Shore? The band geeks are spilling out of their table. You’d think everyone could just share.) We haven’t yet read The Water Dancer, so it’s a recommendation built solely on the word of Oprah, the admiration of Terry Gross, and the knowledge that everything Coates has written to date has been absolutely exquisite. And in our book, you can’t get much better than that.

BOOK The Big Book of Mars

BOOK We Sold Our Souls

A new novel of supernatural horror (and pop culture) from the author of Horrorstor, My Best Friend's Exorcism, and Paperbacks from Hell.

A fun and feisty tour of famous girl BFFs from history who stuck together and changed the world.